The Republican electoral college member who has announced his plan to vote against Donald Trump come Monday is being bombarded with death threats, along with lawyers who have announced plans to defend other dissenting electors, according to activists organizing what they hope will be an electoral college revolt.

Harvard law professor Lawrence Lessig told reporters on a call this afternoon that his group, the Electors Trust, which has offered free legal support to electors, has spent $20,000 paying for security for its lawyers because of threats.

The electoral college is a disaster for a democracy.

The Electoral College is actually genius in that it brings all states, including the smaller ones, into play. Campaigning is much different!

Dallas paramedic and Republican party operative Chris Suprun is the only Republican to go public so far with plans to vote for someone other than Trump, who if the electors played it straight would win by 36 electoral votes more than the 270 needed. Trump lost the popular vote by 2.8 million, a historic margin for a presumed presidential winner, and Suprun and at least 9 Democrats are planning to dissent, arguing that the founders created the electoral college in part to prevent someone unfit for office and controlled by a foreign government from assuming the presidency.

Lessig said that his group and two others are working behind the scenes to sway Republicans, and he estimates that at least 20 Republican electors are "seriously considering a vote of conscience." He claimed that he knew of 12 such electors, and that Republican lawyer R.J. Lyman of Boston had talked to 17. Lessig said that he had promised the electors confidentiality, and that as a result he could not assess how much overlap there may be between his and Lyman's figures. 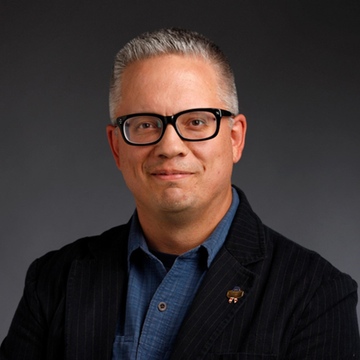 The experience of Suprun and others suggests why Republicans considering going out on a limb to stop Trump from taking office might be reluctant to speak up. Suprun told the Houston Press that the threats piled up alongside the praise after his announcement in the New York Times last Monday that he was breaking with the party.

"You can disagree with me any time you want, but when you threaten me and my family because I don't politically agree with you, that's not a constitutional republic, that's not the United States, that's 1930s Germany,” he told the Press.

His defection also prompted proposals from Texas's governor and lieutenant governor for a state law binding electors to the popular vote. A group called the Hamilton Defenders, which has raised $18,000 to challenge state laws binding electors, has put money towards Suprun's security, Lessig said. Laws binding electors exist in 29 states, and Democratic electors in Colorado and California have filed lawsuits challenging them.

Donald Trump allies are also threatening career reprisals against Republicans considering defection, according to an anonymously sourced report in Salon.

We reached out to Lyman, Suprun, and the Hamilton Defenders for confirmation of Lessig's account and have not heard back.

Death threats seem to have gone the other way as well, with a GOP elector in Michigan who intends to follow the state's vote for Trump saying that he has been threatened repeatedly since the election. Anti-Trump people are also inundating Republican electors with messages urging them to block the self-described serial groper. 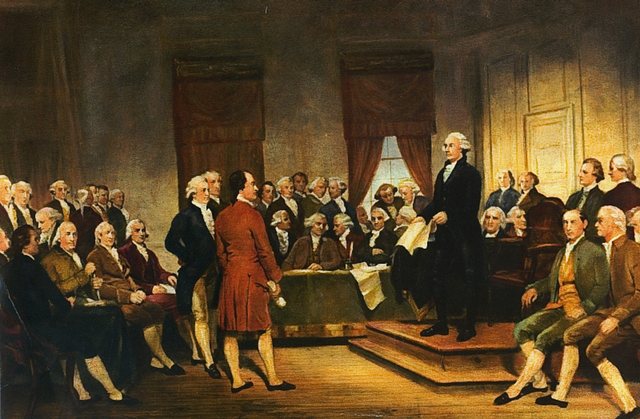 The role of electors was established in Article II of the Constitution, and updated in the 12th Amendment. (Wikimedia Commons)

If the electoral college did turn on Trump and he got fewer than 270 votes, the choice would go to the House of Representatives, with each of the states getting one vote. Republicans have House majorities in 30 states, so that too would be a very uphill battle. In the history of the country, the decision has gone to the House or Congress three times: once when the electoral votes were a tie, in the 1800 presidential election between Aaron Burr and Thomas Jefferson; again in 1824 when Andrew Jackson won the electoral vote but fell short of a majority against John Quincy Adams, whom the House chose; and in 1876 when Rutherford B. Hayes snatched the popular and electoral victory from Samuel Tilden after Republicans challenged the results in three Southern states. Congress formed the Federal Electoral Commission to decide the dispute, and the commission voted along party lines. (The Hayes deal hinged on Republicans pledging to end Reconstruction if he won, thereby dooming African Americans in the South to nearly another century of racist terrorism, economic bondage, and segregation.)

Lessig, Suprun, and the breakaway Democrats are joined in their efforts by Richard Painter, a University of Minnesota law professor and ethics lawyer to President George W. Bush from 2005 to 2007. Painter said that Trump, given what the CIA says is his support from Russia-directed hackers, his numerous business entanglements oversees, and his refusal to divest from his businesses, all run afoul of Alexander Hamilton's stated intent for the electoral college to keep foreign interests from taking power, and of the Emoluments Clause of the Constitution, which prohibits government officials from financially benefiting from foreign governments. 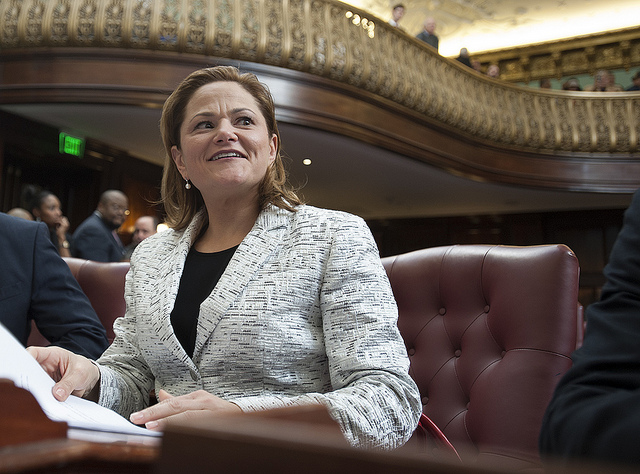 "You cannot be both duke of Bedford and the president of the United States," Painter said. "You can’t be receiving profits from business transactions to a foreign government when you take the oath of office. I would urge [Trump], I think it’s critical, it’s necessary for him to inform electors what he’s going to do to ensure that he’s in compliance with the Emoluments Clause of the Constitution. The founders predicted exactly what we’re facing now with a foreign power trying to influence the composition of our government. At a minimum we cannot have anyone in the United States government who is receiving profits from foreign governments."

68 electors have signed onto an open letter demanding an intelligence briefing on Trump's ties to Russia before the Monday vote. Eight of the signatories are from New York, including New York City Council Speaker Melissa Mark-Viverito. All of them but Suprun are Democrats.

Colorado elector Polly Baca, a Democrat who has expressed her willingness to break with the Democrats and vote for someone other than Hillary Clinton in support of a Republican insurgency, was an aide to Robert Kennedy at the time of his assassination.

"Even when Richard Nixon was elected five months later, I was not in fear for my country," she said. Citing Trump's open contempt for the First Amendment and its parallels to the authoritarianism of Russia, she said, "On November the 8th, when Donald Trump looked like he was getting the votes in the electoral college, I became incredibly fearful for our country. I can't sleep. I've been waking up with anxiety attacks. I am absolutely devastated and concerned and frightened for what could happen to our country."

Lessig stressed that threatening electors is a federal crime—it is punishable by up to a year in prison—but said he does not expect anyone to be punished for doing it.