An elderly woman was killed after being hit by a dump truck at the intersection of Atlantic Avenue and Flatbush earlier this afternoon. According to an FDNY spokesperson, the collision took place at 12:24 p.m. and the woman, Winnifred Matthias, 77, was rushed to Brooklyn Hospital suffering from cardiac and respiratory arrest. A release from the NYPD says Matthias reached the hospital DOA.

DNAinfo reports that the woman was walking south down the middle of Flatbush Avenue along its double yellow lines when she was run over. Matthias had been living on Linden Boulevard in Brooklyn.

The truck's driver remained on the scene. No arrests have been made yet, and the NYPD says the incident is still under investigation. 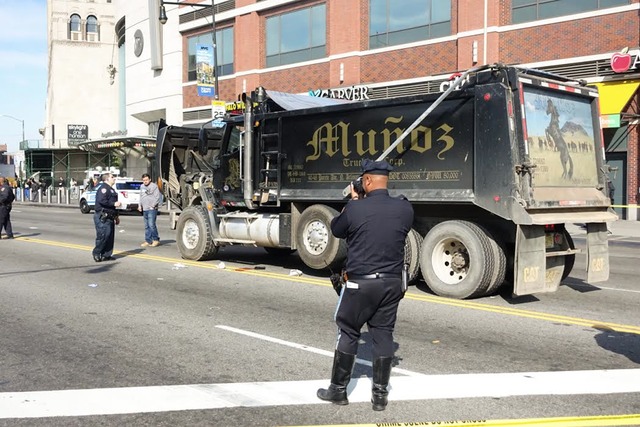