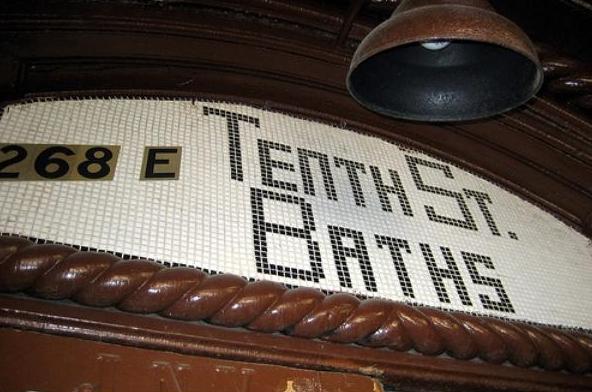 The Russian bathhouse on East 10th Street gets a very bad rap from a former employee who claims all sorts of nonsense was going on there. Susan Shellogg, a massage therapist/aesthetician/reflexologist, filed a lawsuit against the Russian and Turkish Baths; the Sun reports Shellogg says she was fired "because of her gender and her refusal to consent to clients' sexual demands, and in retaliation for complaints about sexual harassment and a hostile work environment she made to the bathhouse's owners." Eep. And the Post has some of the crazy details:

Her court papers say that when she complained to the bosses "that male employees openly fondled male customers during treatments in open common areas," they told her it was "good for business" and "the gays were bringing in all the money." Only men were allowed on Sunday mornings, which was referred to as "Gay Day" or "Sausage Fest," the suit says, with male employees and clients being "urged and encouraged to engage in homosexual activity."

Co-workers felt free to sexually harass clients, and would often "accidentally" barge in when Shellogg was "performing professional and private treatment on unclothed young women" and "stare, laugh and behave in a sexually aggressive, suggestive, inappropriate and uncomfortable manner," the suit says.

Shellogg is looking for a cool $100 million in damages.

The Russian and Turkish Baths have been around since 1892 - there's even a restaurant. Bathhouse co-owner Jack Shapiro, who Shellogg accuses of watching pornography "on a laptop computer in an open common area at the front desk," denied the charges to the Post, calling her, "nuts, completely nuts." He says Shellogg quit of her own accord when her jobs were eliminated.