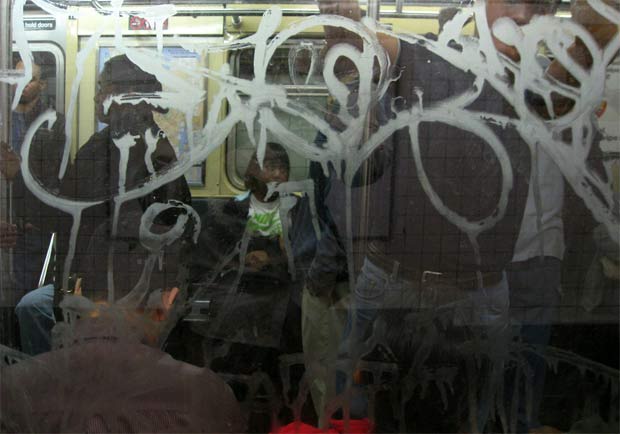 The NYPD may have the anti-graffiti task force, but with many graffiti crimes perpetrated in the subway tunnels, the NYC Transit Authority has created its own anti-graffiti team. The Daily News tagged along with the Eagle Team, a "surveillance squad quietly formed three months ago."

The Eagle Team members, which include many former NYPD detectives as well as an ex-U.S. marine, inspect and patrol subway tunnels and yards for potential taggers.

Vandals engrossed in the graffiti subculture will spend hours, sometimes days, scouting a yard before striking, watching the patterns of police and transit workers and searching for vulnerabilities to exploit.

They plan in advance how they will enter, escape and flee if suddenly interrupted.

"Every 'i' is dotted, every 't' is crossed," [former NYPD sergeant Robert] Barrow said. "It's almost like 'Mission: Impossible' for them."

After one vandal raid, authorities found a grappling hook and rope dangling to the ground on the outside of a 20-foot-high perimeter wall.

The Eagle Team, which supplements the NYPD's work, hasn't made any arrests yet. Last year, the "worst of the worst" graffiti tagger MAP was caught and this past fall, Ket pleaded guilty (after police used computer evidence to charge him) to tagging subway cars between 2004 and 2006.

Photograph of an A train etch by Les Dragonnes on Flickr