Dyker Heights Lights Are On! 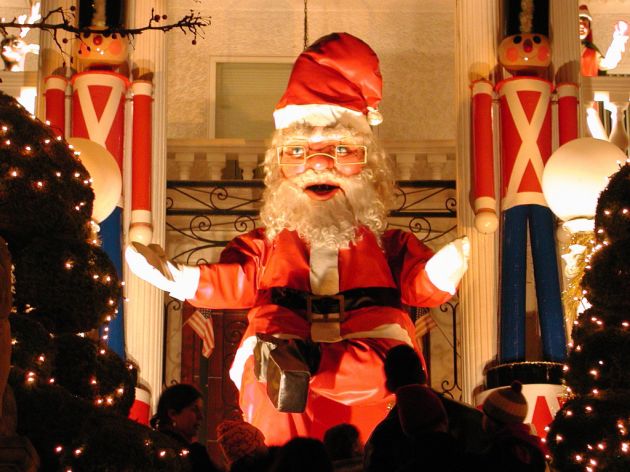 With Christmas less than two weeks away, the annual holiday light display is raging through the nights in Dyker Heights, home of TV’s Scott Baio. Every year tens of thousands of people from around the world flock to the outer-borough Brooklyn neighborhood to gawk at the private homes decked out with millions of dazzling lights.

It’s an epic spectacle that has to be seen to be believed, and it doesn’t stop at the lights – most homeowners sink major cash into 30-foot animatronic Christmas characters, armies of giant toy soldiers and live performers. Some even sync up their light display live to broadcast radio, posting signs on the lawn telling people what station to tune into. 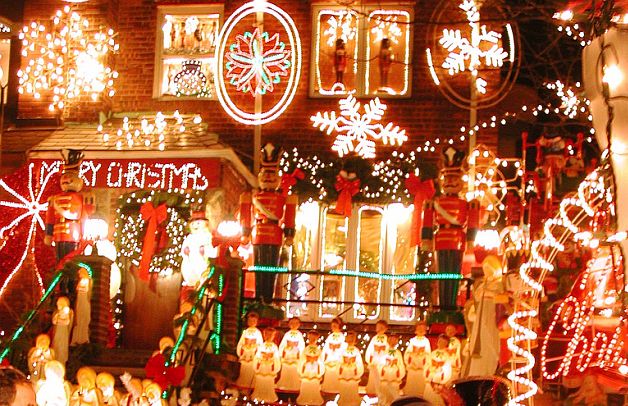 Most of the heavyweight displays are located in the area between 80th and 86th Streets and 10th and 13th Avenues; the main drag is 84th Street. (Here’s a map.) If you can’t find a ride out there, tour guide Tony Muia is running a bus that picks up riders in Union Square and takes them on a three and a half hour tour. You should also TiVo the hilarious PBS documentary about the phenomenon, Dyker Lights, which airs Christmas Eve.

Brooklyn Paper has their top 4 light displays and tells you the addresses, the Post has some video of this year’s excess, and Gowanus Lounge has tips on other Christmas light hotspots Brooklyn.

Photos by Richard Carey. If you've gone or plan to go and use Flickr, tag them Gothamist and Dyker Heights – we want to see them! 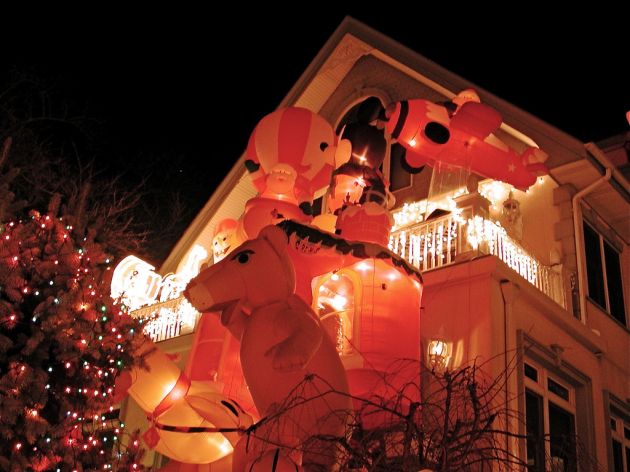