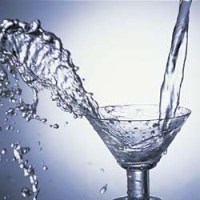 Ugh, the story about the woman who police believe hit three pedestrians in Forest Hills on Saturday afternoon gets worse. The Post reports that 54-year-old Susan Karnabe told the police she drank a bottle of vodka 45 minutes before the crash and that she had visited her police officer son, who "told her to get lost or he would call the police." (The court papers say it isn't clear if he knew she would drive, but did he know how she got there to see him?)

Karnabe was arrested and charged with DWI, vehicular assault, reckless endangerment, and leaving the scene of an accident after plowing into 3-year-old Mia Tetelman, her 57-year-old grandmother and her 85-year-old great-grandmother. Witnesses shouted to Karnabe to stop, even showing her the stroller the toddler was thrown from (and that was been dragged under the car), but she did not slow down.

Police, using license plate information from witnesses, tracked down Karnabe hours after the incident. Karnabe had a blood alcohol reading of .094, above the legal limit of 0.08; she also "admitted that as she drove home, she hit something and heard people screaming."

#alcohol
#court
#crash
#crime
#forest hills
#people
#police
#The Police
#the post
Do you know the scoop? Comment below or Send us a Tip
A new Gothamist is coming! We’ve moved comments over to our beta site. Click here to join the conversation and get a preview of our new website.