Sad news: one of our favorite classic NYC stores, Dubé Juggling Equipment, is being pushed out of its long-standing SoHo space. Owner Brian Dubé tells us he's running on borrowed time at his beloved Broadway loft, and his landlord is making moves to oust him in favor of an expanding Michael Kors flagship store.

Dubé has been running the business, popular with jugglers, circus performers and celebrities like Penn & Teller, for 38 years, and he's been at 520 Broadway for 23 of them. "They’ve always liked us," he said in regards to his landlord and building management. "I think we were the first upscale tenant in that building, it was mostly sweatshops when I moved in and it was in a little bit rougher shape. A lot of times he would bring new tenants to our space when he was renting floors."

But SoHo has glammed up in the past couple of decades; Dubé's been renting below market rate on a month-to-month lease and in July, he was informed that the high-end retailer would be expanding their two-floor flagship location into his 5,000 square-foot third-floor space—for storage. "The night before that, I’d had a conversation with my girlfriend telling her in precognition, you know, this is not going to go on forever," he said. "I had a feeling of impending doom, that my days would be numbered there. Rents are just too high." 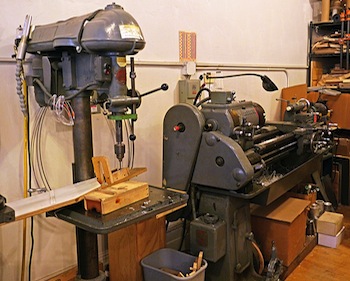 He was right, in no uncertain terms. "I had a meeting in August or September and was told I had until October 15, that they were gonna come in and start building in my property and by October 30 I had to be out," he said. "I tried to go back in the office to talk to [the property manager] after the meeting, and [the building's owner] actually opened the door and threw me out. She said 'I don’t want to see you, you’re stressing me out, and I want you to leave.' So she basically threw me out of the office, which was pretty rough treatment for a guy that’s been there 23 years."

Now, Dubé Juggling Equipment's future—and the future of satellite hula-hoop venture Troo Hoops—lies in limbo. He's currently working with a broker to try and stay in the building at least through the winter holidays, and though Dubé's landlord offered him a fourth-floor space in the building, at a 50 percent increase over what he's paying now, the price is too high. While Dubé does some of his sales online—the retail space functions primarily as a showroom—he manufactures and stores hundreds of thousands of dollars worth of inventory on hand, and relocating to the outer boroughs seems precarious for such a niche business, particularly when considering the company's dozen or so employees.

"We need a landlord that will allow a lot of retail walk-in traffic and also small manufacturing and something that’s accessible to our employees," he told us. "If I relocate to the Bronx, that’s going to not be very favorable to anyone. Long Island City will be very difficult to the people from Brooklyn, the only line that goes out to some of the properties we’re seeing is the number 7 line. So I’ve got all these considerations."

We contacted Michael Kors and the company that manages Dubé's building for comment, but have yet to hear back; meanwhile, Dubé says he's not sure how the business he's spent decades building from the ground up will manage to survive. "I’m 62, I’ve been doing this since my 20s," he said. "This is all I know as an adult."

#brian dube
#dube juggling equipment
#manhattan
#michael kors
#soho
#original
Do you know the scoop? Comment below or Send us a Tip