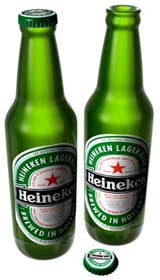 A 50-year-old NJ resident was killed by a drunk driver early yesterday morning in Ozone Park, Queens. The Post reports that Teresa Mankarious, who was driving back from Long Island with her fiance, had gotten out of her car at the Esquire Diner to walk their dog. While on the sidewalk, a car driven by 23-year-old Woodhaven resident Michael Barlow was suddenly on the sidewalk and hit her, throwing her 50 feet. She was pronounced dead at Jamaica Hospital.

According to the police, Barlow's blood alcohol was 0.16, twice the legal limit, and had an open bottle of Heineken in the car. He was coming back from the Mets game, where he said he had two beers. Barlow was charged with DWI, manslaughter, vehicular manslaughter and criminally negligent homicide.

This comes during a weekend with a number of vehicle-related deaths in Queens: The early Saturday morning DWI death of an aspiring rap promoter in the Rockaways and an early Sunday morning death of a pedestrian in Far Rockaway (the driver stayed at the scene and was not charged).