A 30-year-old Queens woman was charged with driving under the influence Wednesday after she drove onto a sidewalk at JFK Airport and crashed into a National Guard building, crushing a door frame and striking a guardsman posted in the lobby. 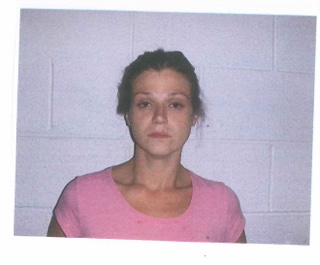 When Port Authority cops questioned Tanya Hernandez, 30, after the crash, she allegedly told them that she had been "drinking all night," according to Port Authority spokesman Joe Pentangelo. The police said they found a "small quantity" of an unidentified drug in Hernandez’s car and noted that her license had two previous suspensions.

Hernandez was headed south on the Van Wyck Expressway service road near 148th Street in Ozone Park around 8:15 on Wednesday morning when she drove her grey Sedan onto the sidewalk, Pentangelo said. Hernandez struck JFK Airport's Building 111, a National Guard building, causing "substantial damage" to the building's glass front windows and door frame.

The guardsman, whose name has not been released, was hospitalized with injuries to his left hand and one of his knees. Hernandez was also brought to the hospital, where doctors discovered a small, clear bag of "pinkish-white rocks" in her underwear. Pantangelo said Hernandez identified the substance as Molly.