Driver Killed After D.C. Chase Lived In Connecticut, Grew Up In Brooklyn

The woman who was killed by federal authorities after trying to drive through a White House barricade and leading them on a high-speed chase to the Capitol Building was a dental hygienist who lived in Stamford, Connecticut. Miriam Carey, 34, also grew up Bedford-Stuyvesant, Brooklyn, and federal and local law enforcement flocked to both locations to try to find more answers. 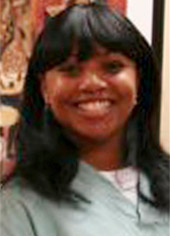 Carey was driving erratically in a black Infiniti—refusing to stop repeatedly—yesterday afternoon. She also had her one-year-old child in the car with her. The incident began at 2:15 p.m. The Washington Post reported:

It began with something not that unusual — a driver with out-of-state plates turning into a blocked entry near the White House.

It quickly became something else.

“Whoa! Whoa!,” Secret Service officers were shouting at the car, according to a witness, Shawn Joseph, 29. “It looked liked [the driver was] scared or lost. I thought they might have been a tourist.”

But then, witnesses said, officers tried to place a barrier in front of the car. The driver swerved. The officers moved the barrier. She hit it, and a Secret Service officer was thrown up on the hood and then off the car.

Then she drove off towards the Capitol, and Capitol police and Secret Service tried to stop her repeatedly, at one point firing their weapons, but Carey kept driving. Eventually, after she crashed her car into a Secret Service vehicle and continued driving, police fatally shot her. Her daughter was removed from the car, uninjured.

Carey's family says that she suffered from post-partum depression. She may have even thought President Obama was stalking her. According to NBC New York, "Relatives told investigators that Carey suffered from a fall some time ago and began to suffer mental issues, according to a senior law enforcement official. Carey's former employer in Connecticut said she was out of work for two to three weeks in January 2012 after the fall. Miriam Carey had a good relationship with her mother and her sisters, one of whom is a retired NYPD sergeant, sources told NBC 4 New York."

She had been employed at a Hamden, CT periodontics practice, but was fired last year. The NY Times spoke to her former employer:

A former boss, Dr. Barry J. Weiss, who employed Ms. Carey at his periodontics practice in Hamden, Conn., for 15 months, said he and his partner fired her in August 2012. He would not go into detail but said she had trouble getting along with some of the employees in the small practice.

“When we confronted her about certain situations within the office, she had a temper,” Dr. Weiss said.

According to CBS News

, after Carey fell, she "received a handicapped parking permit because of the injury, Miller reports. Then doctors from the medical suite where she worked complained that she was tying up parking in front of the building and asked her to move her car back. This became a big dispute that led to her being fired." And, according to NBC News, Weiss said she could be "rough" with patients and "said that she appeared increasingly stressed after an unplanned pregnancy. Relatives have said that she may have suffered postpartum depression."

A longtime friend told the Times he saw her in New York on Tuesday (Carey had left her daughter with her mother in Brooklyn). He described her as a "catch." Another neighbor told the Daily News, "She seemed like a nice young lady, stable... I’m shocked. I would have never, never have thought that she would do something like this. I can’t believe it."

Her family's attorney said to ABC News, "They're like any other family, you know? They're disturbed about these different things. But we have to mend the family first and then find out what happened down in DC." And a neighbor in Stamford said he didn't know her well, but knew her Infiniti and BMW, "I know one thing; she always drove too fast."