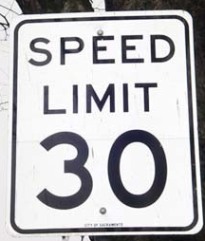 Claiming he was panicked, the driver who fatally struck a mother of four in Staten Island Tuesday night now faces felony charges of leaving the scene of a fatal accident. But the law is a strange thing.

The Staten Island Advance reports that if 19-year-old Ibraim Qoku "hadn't run away, he could have ended up with nothing more than a speeding ticket." Qoku was driving 50MPH, 20 MPH over the speed limit, on Hylan Boulevard but the victim, Maria Alvarenga, wasn't walking in a crosswalk. A police source told the Advance, "He would have been issued a summons" if Qoku stayed at the scene.

Qoku, who has eight other moving violations, had borrowed his brother's Mercedes and told the police that he was "driving along, she appeared in front of me, she exploded [Alvarenga's legs were severed and thrown across the road], and then I tried to make the first left turn I could get to my brother's house." The S.I. DA's office was going to charge Qoku with criminally negligent homicide at first, but, since there wasn't enough evidence, charged him with leaving the scene of a fatal accident which "carries a stiffer penalty than criminally negligent homicide" - up to seven years in jail.

Alvarenga's family was upset Qoku is out on bail so quickly. Her husband told the Advance, "This is not a kid. He's 19 years old. He's a man. He ran away from my wife when she was hurt."