Driver Charged With Murder After Allegedly Plowing Into Crowd On Purpose

A Queens man has been charged with murder after police say he intentionally drove a Nissan Altima into a crowd of people outside a catering hall, killing one and critically injuring two others. Kevin Weekes, 20, is also charged with assault and reckless endangerment following the horrific crash, which occurred around 10:30 p.m. on Saturday outside the Visions of New York banquet hall in Laurelton. Witnesses say Weekes intentionally drove into the crowd after he was assaulted, using his car as a weapon. 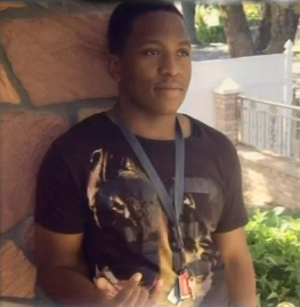 Weekes was reportedly beaten and stabbed in a fight outside the catering hall, but managed to escape in the vehicle. "It was this huge fight, it was like a mosh pit,” one local resident told the Times. "He could have gotten away. Once he got in the car, he was home free."

Instead, police say Weekes immediately returned to the location and drove up onto sidewalk, killing Kevin Lewis, 20. "Responding firefighters and paramedics used an air bag to lift the Nissan off of the victim enough to free him, but he was already dead," the Daily News reports. A 21-year-old woman was rushed to Jamaica Hospital with head and leg injuries, and 19-year-old Kiana Solomon sustained injuries to her back and neck.

"The driver deliberately ran down those people,” Solomon's relative tells CBS 2. "They came out of the baby shower, getting ready to go home. A fight broke out. She had nothing to do with the fight."

"He was such an awesome kid - awesome," Lewis's friend, Sherry Ford, tells ABC 7, adding that the victim "was his grandmother's arms and legs, right hand - just too traumatic. He was more than a grandson, he was the kid who took care of the house, did everything for his grandmother."