The pastel Save The Dates blanketing your fridge door and foreign hairs on your pathetic pebble of Irish Spring signal that it may be time to leave the group apartment. Not into a studio coffin if you can help it, but a modest one-bedroom, a space with enough buoyant dignity that one day a special person moves in and boom! You might not die alone! Here are some rental maps to remind you to hold that soap at a 60-degree angle, so the hair slides away like so many dreams.

Zumper (like Trulia, Zillow, and all the rest named after children on the waiting list for Hell's college-prep preschool) has complied January's median rents for one-bedrooms in the most marketable, broker-fee bleeding sectors of town (sorry Bronx, Staten Island, and most of Queens) and the results will make your eye twitch with maniacal acceptance. 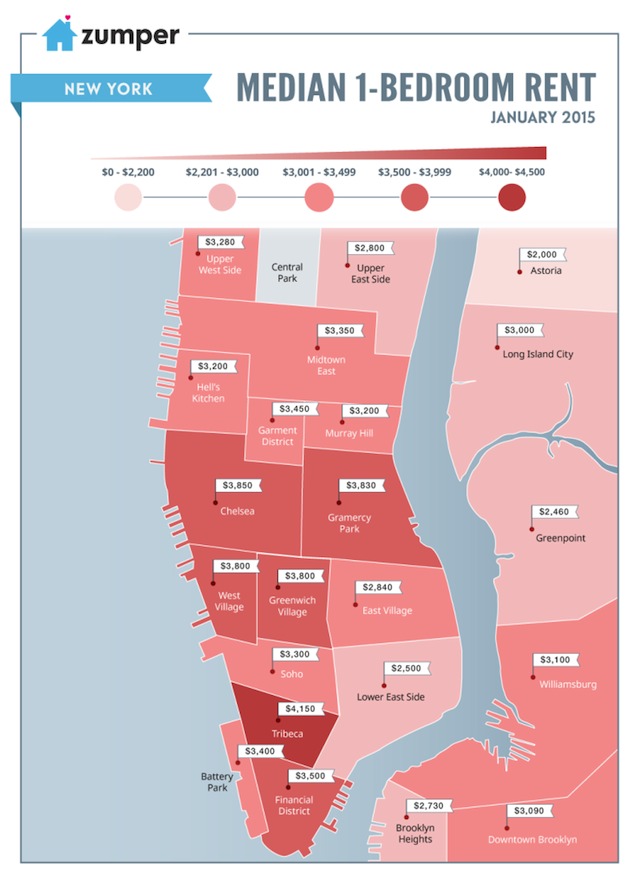 "Honey," the man with the watch face the size of a Moon Pie says as he pinches the map of Manhattan on his iPad. "It says here than Gramercy is $20 dollars cheaper than Chelsea, but Chelsea is only a few hundred less than Tribeca. How about we just order in some seafood foam tonight?" 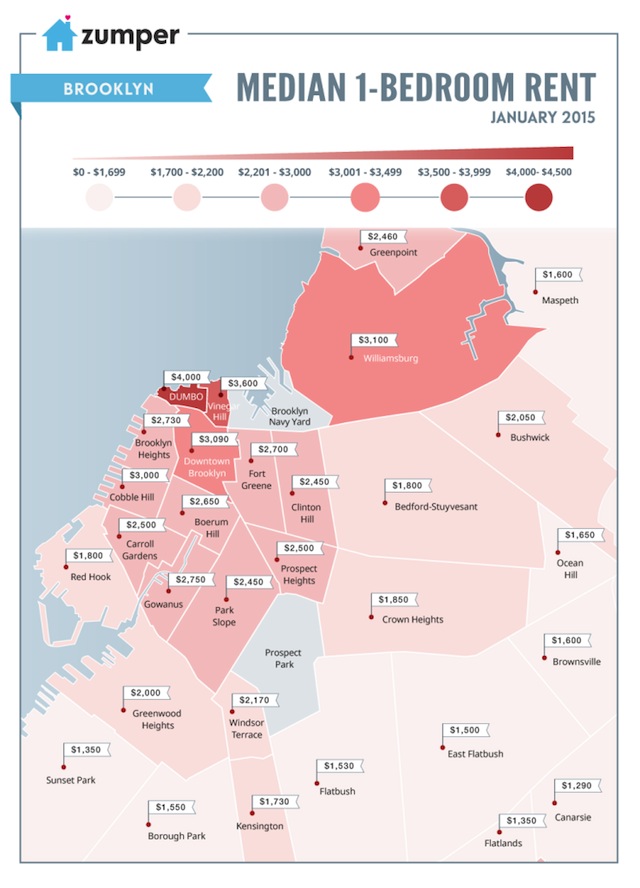 Appropriately, the sterile, noisy neighborhood in Brooklyn with the highest median 1-bedroom rent is synonymous with stupidity. Gowanus is beating out Carroll Gardens and Boerum Hill which dropped 4.3% from the previous month (more like "BORING HILL" ha ha). Sunset Park looks nice, and holy crap "Prospect Park" is super cheap.

Next round is on your broker friend. #Buffalove

#look you're just gonna die alone ok?
#real estate
#rich people
#there's always buffalo
Do you know the scoop? Comment below or Send us a Tip