DOT Targets 20 Of The Deadliest Intersections For Pedestrians

The DOT has released a report [PDF] showing the 20 intersections with the highest number of pedestrian fatalities and serious injuries, as well as what the city is doing to rectify the problems.

West 57th Street at 8th Avenue in Manhattan topped the list, with 8 pedestrians seriously injured or killed from 2007 through 2011 (these numbers are old because the report predates the NYPD's new practice of sharing crash data on a daily basis). That street's intersections with 6th Avenue and 3rd Avenue also appear on the list, both with five fatalities over the same time period. 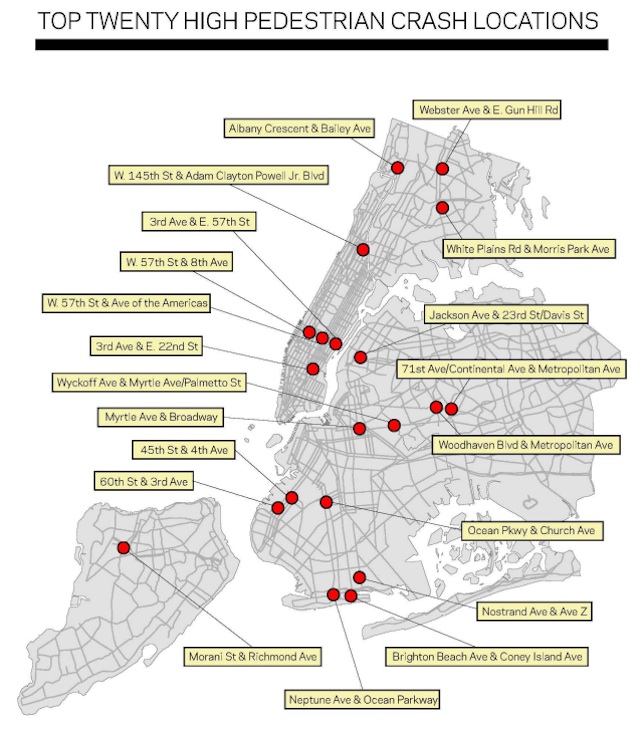 Many of the recommended improvements for these intersections have been completed or are in the process of being completed.

As part of the Vision Zero initiative, Bill de Blasio pledged to issue reports on the 50 most dangerous areas for pedestrians in the city. A similar report was issued earlier this year by Transportation Alternatives using data from 2010 through 2012. That TA report showed Broadway in Manhattan to be exceptionally dangerous, along with East Gun Hill Road and Ocean Parkway.