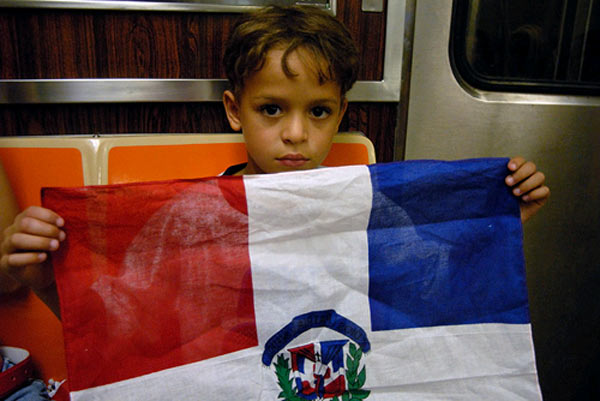 Yesterday saw tens of thousands of people celebrating the 25th Annual Dominican Day Parade on Sixth Avenue. The parade's organizer, Carlos Velasquez, told the Sun, "The crowd is getting younger and younger as they're learning the language and becoming a part of the city."

The parade went up Sixth Avenue, from 36th Street to 62nd Street and Central PArk West. Mayor Bloomberg and City Council Speaker Christine Quinn marched amidst floats, dancers and diablos cojuelo, aka lame devils who are "spirits of mishief".

However, there were some incidents that marred the festivities. A sixteen-year-old boy broke a bottle over a 43-year-old's head at 43rd Street and Fifth Avenue (block over from the parade) while a man was stabbed in the stomach around 59th Street and Seventh Avenue. Additionally, we heard that there were some unruly crowds in Washington Heights, with groups of people, wielding bottles and bats, chasing children in and out of buildings and trapping some residents in their apartments. One teenaged paradegoer was neutral about the violence, "Things happen. There's a lot of people out here. When it gets crowded like this, there's going to be drama."