Does Obama Have a NYC Grassroots Edge? 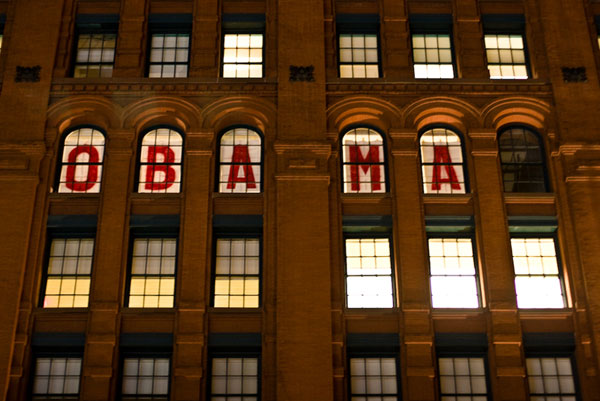 Photograph of the Puck Building, where at least one 7th floor business supports Obama, by Tien Mao

It's pretty safe to say many New Yorkers are aligned with the Democratic party, but it's unclear who NYC's registered Democrats will vote for on primary day - Hillary Clinton or Barack Obama. Though in the highly unscientific survey of sights around the city over the past week (and year), it seems the senator representing Illinois has an edge. 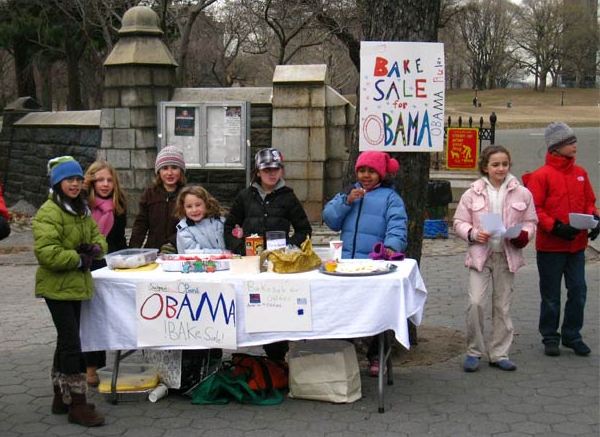 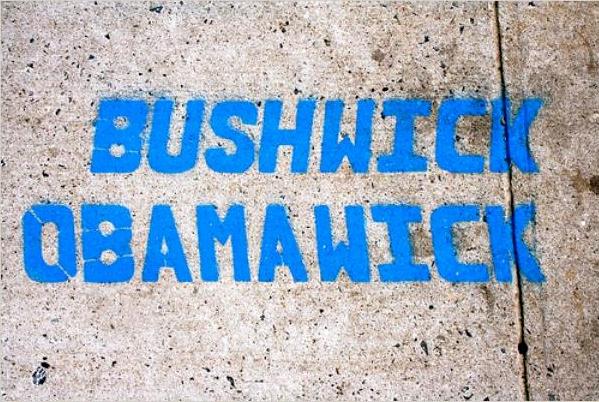 Photograph of Bushwick stencil by Martha Burzynski on Flickr

New York magazine's cover feature about Clinton and Obama looks at the two candidates and their appeal and their different worldviews. And in Chicago, there's a lot of street art supporting Obama - there's even an art show (in Chicago) in support of Barack Obama planned for next week, Go Tell Your Mama.

Update: Vinny at Insignificant Thoughts thinks there is scientific information showing who people will vote for and links to some polling data indicating Clinton is a favorite. However, the polls still include Edwards as an option and do not slice the data to the NYC-level - we can see how Hillary is a popular choice for New York state, given her years of getting to know upstaters.

And, hey, if we see a Hillary Clinton - or Mitt Romney/John McCain/Mike Huckabee - bake sale, we'll let you know. Or you can let us know - tag your photo on Flickr with "gothamist" or send the photo to photos(at)gothamist(dot)com .