In a letter sent on Friday, the city's Department of Education addressed concerns from New York City's Congressional delegation about lead paint and lead dust in public schools. DOE was responding to a letter sent on June 27th, 2019, that was signed by all 12 Members of Congress representing districts within the five boroughs and addressed to Schools Chancellor Richard Carranza and NYC Health Commissioner, Oxiris Barbot, calling for an immediate increase in lead-dust testing in school buildings to ensure their safety, starting with those that began hosting summer school programs earlier this week. Their request was prompted by an investigation by WNYC that found deteriorated lead paint and lead-dust levels well above the city's current safety standards in four public elementary schools.

Separately, DOE also released plans to increase its inspection protocol for lead paint and to develop a centralized database to monitor lead-paint hazards in schools. However, it did not include plans to increase testing for lead dust, as the delegation had requested.

In the letter to Members of Congress, DOE said that "out of an abundance of caution," it had completed an additional round of visual inspections for deteriorating lead paint in a select number of classrooms and buildings on the week of June 24th. The agency said it is prioritizing classrooms occupied by 3-K, pre-K and kindergarten students in older DOE buildings (built prior to 1985), and that it plans to remediate classrooms where deteriorating lead paint is found by the fall of this year.

"These classrooms will not be used for summer programs," wrote DOE's Chief Operating Officer, Ursulina Ramirez. "If positive test results are identified in classrooms with deteriorated lead-based paint, students will be immediately re-located to alternative space in the building. No student will remain in a classroom with identified deteriorating paint that also has tested positive for lead paint."

The letter also announced plans to "develop an effective mechanism for families to learn about the lead inspection protocol, as well as a tool to enable families and staff to report deteriorating paint." They plan to have an update on this by the end of summer. 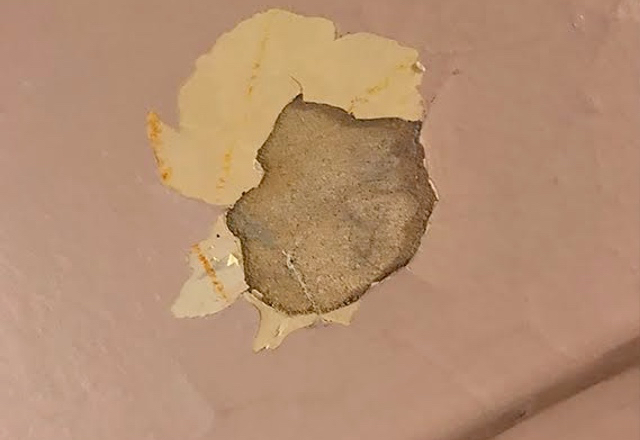 In addition to DOE's letter, the agency also released a statement outlining several other steps it's taking to "enhance" its protocols and "strengthen communication with families."

Among those is tripling the number of visual inspections school custodians are required to conduct each year. According to the city's health code, DOE is already required to visually inspect classrooms occupied by children under six years of age annually. However, WNYC found deteriorated lead paint and lead dust in all four of the school buildings it tested, including in pre-K and kindergarten classrooms, and DOE's current protocol has not applied to first-grade classrooms, even though children under six occupy them.

Under the new plan, visual inspections will now take place three times a year—once before the first day of school, once during winter break, and a third time at the end of the school year.

DOE also said it will develop a centralized database to track these inspections and an online tool for parents and other family members to report deteriorating paint, which is supposed to immediately trigger an inspection and "any necessary follow-up action," according to a statement.

"We are prioritizing proactive steps to closely track and clearly communicate remediation efforts with staff and families," it read, but according to a spokeswoman for Mayor de Blasio, there are no plans as of yet to make the new database public.

#DOE
#lead paint
#nyc schools
#schools
Do you know the scoop? Comment below or Send us a Tip