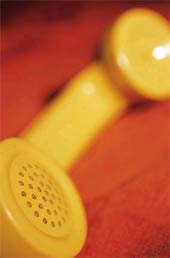 After the Daily News revealed that a school officials actually forbade school deans to call 911 (in order to lower crime stats) only for a 14-year-old student who suffered a stroke to wait 90 minutes for medical attention, the Department of Education is launching an investigation. The News now reports that Schools Chancellor Joel Klein will launch a probe, saying, "We'll look into it and take appropriate action."

A memo from Assistant Principal Guy Venezia dated April 12 had told school deans not to call 911. Two weeks later, Mariya Fatima vomited and collapse in her school hallway on April 27 around 7:20AM. Her family sued the school system, noting that 911 wasn't called until 8:54AM, suggesting that her injuries could have been less severe had medical help immediately arrived. From the Daily News:

About a month after Mariya's stroke, Venezia sent out another memo, this one announcing that deans "are sanctioned to make 911 calls." But he also told the deans, "Do not use the word assault to describe a physical altercation."

The apparent effort to drive down the crime stats failed, since the school was put on the state's persistently dangerous list this summer and could face ramifications under the No Child Left Behind Act.

"The impact-school status did lead to some crazy overreactions, and obviously this is one of them," said James Eterno, the teachers union chapter leader at the school.

Currently, Fatima has lost use of her right hand and leg and her reading is currently at the fifth-grade level.

Klein told the News, "Our principals are reporting faithfully and honestly. In a system with 1,450 schools, you can always have aberrations, but don't jump to conclusions from that." Still, if this is how some school administrators may act, why not let students have cellphones so they can call 911 for medical emergencies?

#Chancellor Joel Klein
#crime
#daily news
#education
#joel klein
#news
#News: NYC
#No Child Left Behind
#No Child Left Behind Act
#schools
#schools chancellor
#Schools Chancellor Joel Klein
#The News
Do you know the scoop? Comment below or Send us a Tip
A new Gothamist is coming! We’ve moved comments over to our beta site. Click here to join the conversation and get a preview of our new website.