Do You Know What's Been On That Subway Seat? 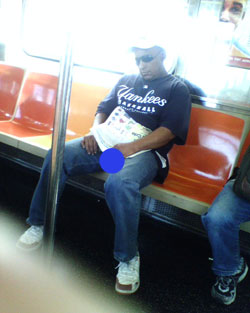 A reader sent us this horrible but all-too-familiar story:

I was on the 7 train riding from Flushing Main Street when a man sat across from me (a few stops before 82nd street Jackson Heights he got on) with a newspaper on his lap pretending to be sleeping. I glanced over and to my horror all his goods were in plain view. I did not react and I pulled out my cell phone and took a picture of him. He got really nervous and was rustling around; I then proceeded to call 911 as I was still sitting across from him and was giving a description of him as I was looking right at him. He got nervous and got off at the next stop which was 82nd Street-Jackson Heights.

Not only was this horrible but the detective who was assigned to my police report knew I had a perfect picture of him on my 1.3 megapixel phone ([with] him literally caught in the act) and was suppose to contact me so I can email it to him. (I filed the report in Union Square and they referred my case to a Queens detective). He has yet to contact me.

Hmm, how long do you wager our reader will have to wait before the detective contacts her? And we have an uncensored photograph (NSFW) image after the jump.

Last month, Manhattan Borough President Scott Stringer argued that subway assaults and harassment are largely unreported and that the NYPD should track the subway offenses more aggressively. And two years ago, Thao Nguyen's cameraphone picture of a guy pleasuring himself on an R train led to the arrest of Dan Hoyt who had a history of public lewdness. 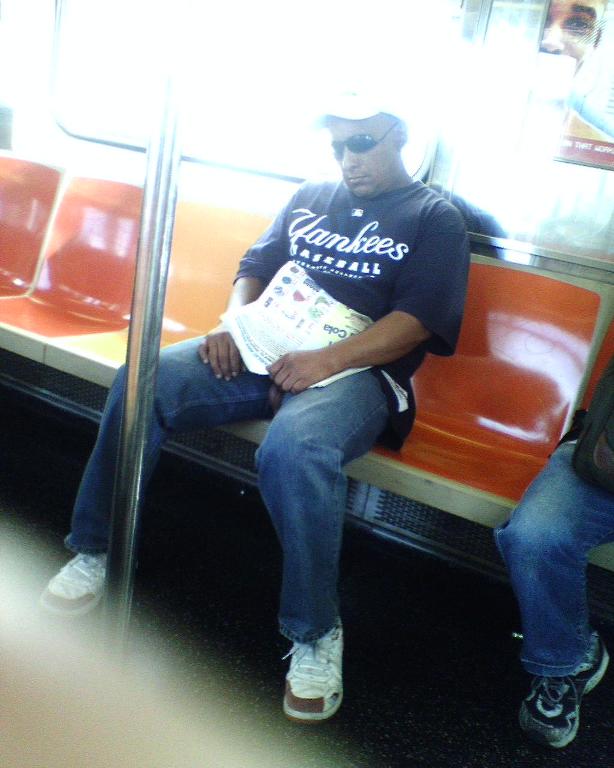