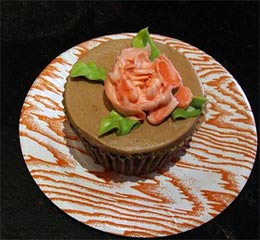 Well, Assemblyman Michael Benjamin of the Bronx thinks they do. He wants to make cupcakes the official NY State snack, as a way to foil various school districts' cupcake bans.

"It is the policy of the district that food shall not be used in the classroom, except as a part of a snack brought from home for the individual consumption of students," the district says. "The policy forbids food from being used as an incentive or reward or for instructional purposes (except in home and career skills classes), birthday celebrations or holiday or seasonable celebrations. Instead, alternatives are suggested that include singing and dancing, special privileges or even games."

Benjamin said, "Making the cupcake the official state children’s snack is my way of saying, 'Let’s put some brakes on what’s happening to the cupcake.' The way the American eagle is the official national bird and it’s illegal to harm one — my thought is, you make the cupcake something similar, and leave the cupcake alone."'

The funny thing is that Benjamin's own wife doesn't agree with his bill. He told the Post, "I recognize that there are some overweight children and obesity is a rising problem among some of our children, but it makes no sense that school districts are banning cupcakes parties for little children." Instead, Benjamin feels parents should stop focusing blame on cupcakes and think about whether their kids are "eating at fast-food restaurants or sitting at home watching TV or playing video games and stuffing their faces with potato chips and Cheez Whiz."

No word if Benjamin will be supporting the Mahopac seniors citizens who want their doughnuts back, after their senior center banned donated baked goods like doughnuts and pies because they weren't healthy. Earlier this month, one 79-year-old explained to The Journal News that he ate doughnuts during the Korean War and that these days, "No one should tell us what we should and should not do."