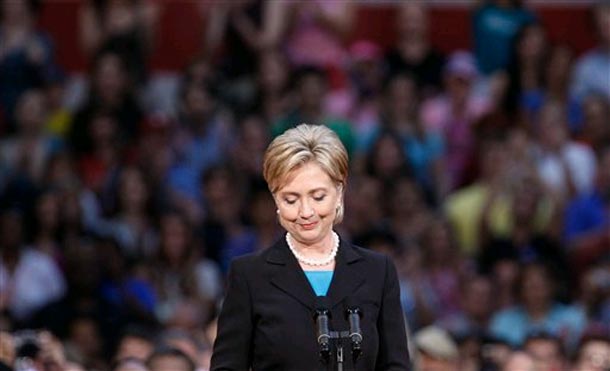 Now that Senator Hillary Clinton has officially conceded the Democratic presidential election (but never used to words concede) to Senator Barack Obama and pledged to support him, everyone is weighing in with what went wrong her campaign.

The NY Times has long, fascinating article, "The Long Road to a Clinton Exit," that starts with an anecdote about former President Bill Clinton screaming about Indiana primary returns being too late. Politico breaks down "Hillary Clinton's 5 mistakes." The Daily News lists some of its favorite memories from her campaign, from "Let the conservation begin" back in January of last year to her RFK remarks. And Slate has a video (below) of the Democratic primary in 8 minutes:

Below is Clinton's concession speech. The Washington Post's Dana Milbank observed that while Obama "owned the lofty rhetoric" during the campaign, Clinton's words yesterday "soared." In particular, Clinton was eloquent in telling her supporters, many of them women. " Although we weren't able to shatter that highest, hardest glass ceiling this time, thanks to you, it's got about 18 million cracks in it."

The Times' Maureen Dowd writes, "How much Hillary Clinton can help Barack Obama will depend on how good an actress she is. And I bet she is a very good actress indeed." And the News' Michael Goodwin points out Clinton made it clear "she'll be baaaacccck."