SAO PAULO—Brazil's rise from sleepy underachiever to global economic titan has taken a rocky, uneven trajectory (and if we're being honest, it's far from a done deal). But the opening week of the 2014 World Cup showed that South America's largest nation has certainly gotten familiar with at least one "first world problem."

A strange duality has been at work in the run-up to this year's summer showcase, and it's showed in my interactions with residents of this sprawling, scruffy city, which in many ways looks, thinks, and acts like the New York of the Southern Hemisphere.

What should be a delirious homecoming for a sport fueled by Brazilian grace and imagination has turned out to be something more complex—a national journey through the looking glass.

"Education, health, infrastructure, corruption. We have real problems!" one Paulista told me, hinting at how flawed this event has become in the eyes of its hosts. "So much money has been wasted on the stadiums." 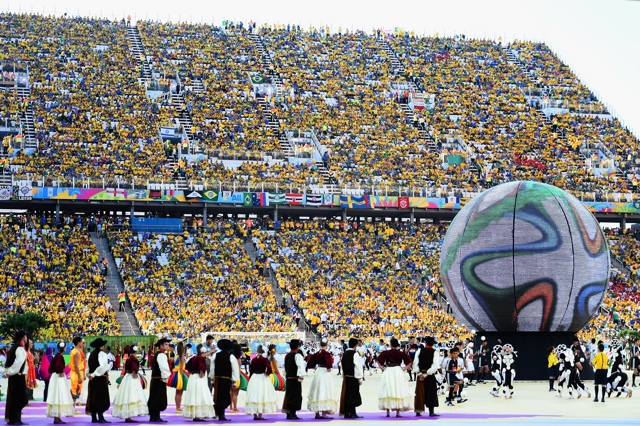 I heard those words the night I arrived, as I reached my guesthouse and was immediately invited to join five strangers representing three different nations, sitting around a table dotted with beer bottles—just the sort of situation that the World Cup is renowned for.

Communicating in a strangely effective mix of broken Portuguese, Spanish and English, we chatted about FIFA politics, Brazil's persistent economic uncertainty and what might actually happen on the field this month.

"This is democracy—if you don't like them, vote them out next time," urged an middle-aged man from Chile.

What has been widely reported in the runup to this tournament appears correct: The ham-handed mismanagement and misguided priorities of FIFA, local organizers and their own government has politicized a generation of Brazilians in a new way, leaving them too savvy, too jaded to take the World Cup at face value.

Everyone sees the fits and starts that have characterized the infrastructure projects. Everyone, it seems, believes that millions of reals have been lost to corruption and graft. Sao Paulo's walls sport a mind-boggling amount of murals and graffiti, and a substantial chunk of it—"FIFA FORA!" (FIFA OUT!)—touches on that discontent. 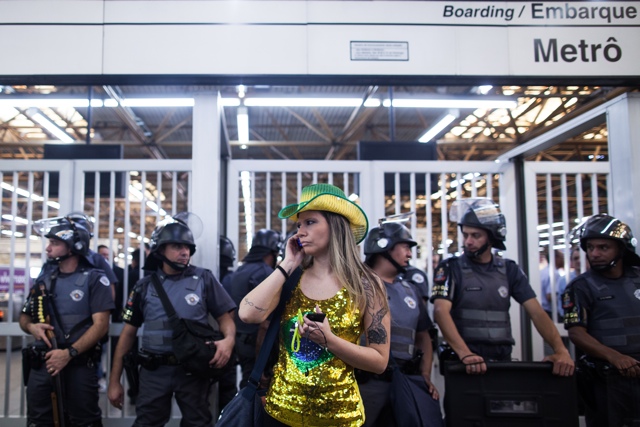 A woman talks on a cellphone n front of Tatuape subway station, blocked by police during the opening match on June 12 (Getty Images)

But paixão— passion—for the beautiful game runs deep here, and supporting the national team is second nature. And our hosts also acknowledged that the planet has flocked to their doorstep for a month-long party, one that, even accounting for FIFA's bland, homogenizing influence, will celebrate their people, places and customs, and quite possibly conclude with an unparalleled sixth world championship for their team.

For all the anger and frustration, there's real, tangible excitement, and on Thursday Sao Paulo burst into fevered anticipation as that national team, the beloved Seleção, prepared to meet Croatia in the tournament's opening match. 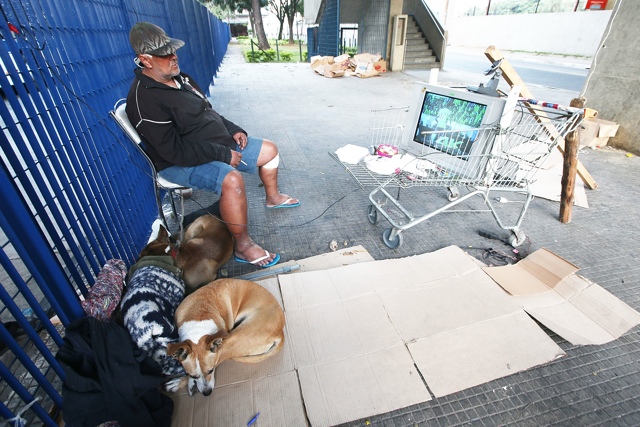 Brazil's iconic flag hung everywhere, fluttering atop car antennas and peeping out from windows, even the ones 10 or 12 stories up. The majority of people walking the streets—and a few dogs, too—wore bright-gold Brazil jerseys on a day declared a national half-holiday. Fireworks popped off at random intervals throughout the afternoon and horns and whistles blared constantly, even in the close confines of Sao Paulo's gleaming metro trains, which ran smoothly as union members called off their strike out of respect to the occasion.

Wall-to-wall television coverage showed a happy mob of fans packed in front of the gates at Arena Corinthians (dubbed Arena de Sao Paulo for the cup), waiting to enter the stadium more than three hours before the Brazil-Croatia match kicked off. When the gates were finally opened, they flooded in exultantly, a sea of canary yellow waving to the cameras on their way past. They reportedly devoured the venue's supplies of concessions well before the end of the night. 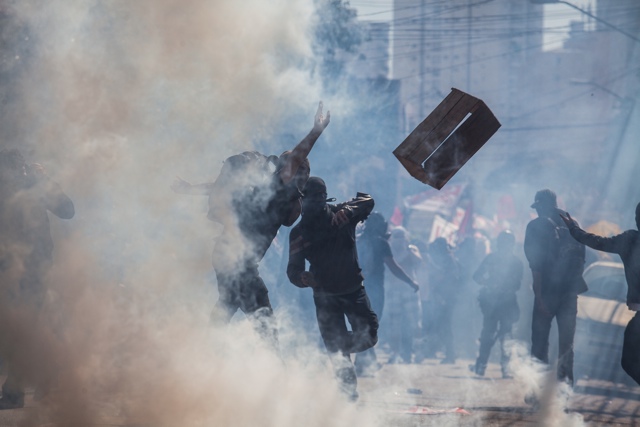 Demonstrators from the anarchist group Black Bloc clash with police during the protest against the holding of the World Cup on the opening day of the event on June 12, 2014 (Getty Images)

Much less airtime was given to the latest round of street demonstration, which turned violent on the stadium area's outer perimeter as massed ranks of regional and federal police lashed out against protesters. The signs of unease were hard not to notice upon arrival at the barely-finished complex: Uniformed troops swarming across the stadium grounds and the two metro stations that serve it, miles of barricades herding attendees in an out of the venue. 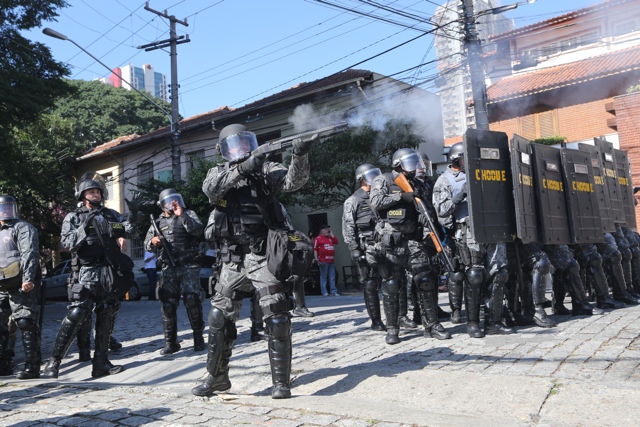 Inside the stadium, the ambivalence rose to the fore again as the home fans made it clear that they were there to support their team, not the leaders or their organizations. The ornate opening ceremony was sparsely attended, and while the host team's 3-1 victory sparked citywide euphoria, chants like "The champion has returned!" quickly gave way to "Fuck you!" whenever Brazilian president Dilma Rousseff and FIFA honcho Sepp Blatter were shown on the big screen. 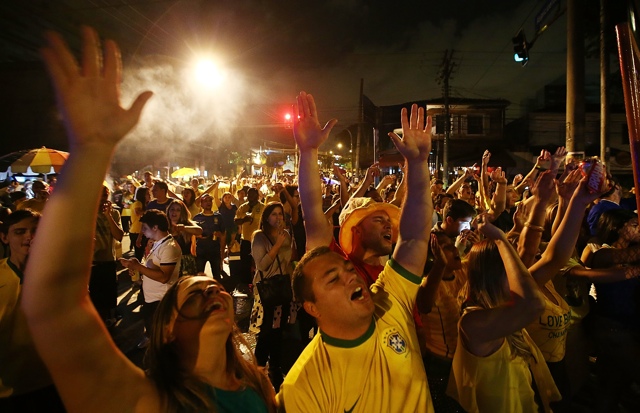 The Seleção will continue to enjoy fervent support all summer. But Rousseff, who plans to meet with U.S. Vice President Joe Biden when he visits Brazil for Monday's match between the United States and Ghana, will have to wait and see how she's received when she stands for re-election this fall.

#brazil
#Charles Boehm
#Sao Paolo
#soccer
#world cup
#worldcupist
#original
Do you know the scoop? Comment below or Send us a Tip