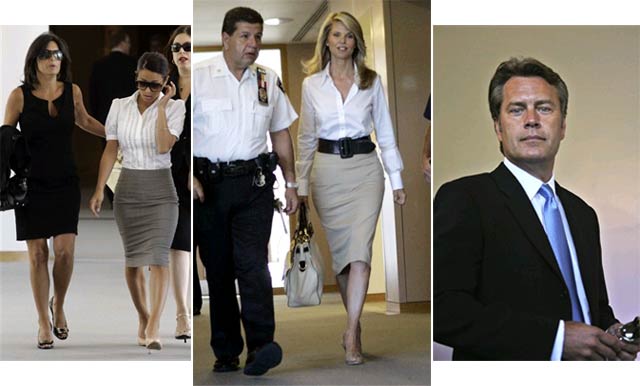 The contentious divorce between All-American model Christie Brinkley and her estranged husband Peter Cook keeps revealing more and more salacious details. The couple separated when Brinkley found out Cook was having an affair with an 18-year-old employee at his architecture firm.

Brinkley fought for--and won--open hearings during the trial, prompting Cook's lawyer to question her parenting in harming their children (the couple has a daughter and also raised a son from one of Brinkley's previous marriages) with making certain details public--only for Brinkley's lawyer to claim all divorce hearings are open. Anyway, here are some of the highlights (or lowlights):

Brinkley said she forgave Bianchi, who she feels was "manipulated" by Cook. Cook, for his part, said "Shrek was more believable" than his wife. The former couple is fighting over some property (though not Brinkley's $30 million estate) and custody of their children--Brinkley wants sole custody while Cook wants joint custody.