Did The NYPD Suffocate A Mentally Ill Woman To Death While Trying To Cuff Her?

This afternoon, the family of Shereese Francis, a 30-year-old woman with a diagnosed mental illness, held a press conference at 1 Police Plaza demanding accountability for her death at the hands of police officers on March 15th. A disoriented Francis suffocated in her Jamaica, Queens home as officers attempted to handcuff her—they had been called to the home by her family, who had requested medical attention. Francis was apparently frightened and confused when officers arrived at her home and pleaded for them to leave while threatening to "call the cops."

Nearly two dozen supporters stood with the family in solidarity today. "This is a tragedy for all New Yorkers who care about people with mental illness," said Jennifer Parish of the Urban Justice Center's Mental Health Project. "This was preventable. More than 1000 jurisdictions have adopted some form of Community Crisis Intervention Teams which are put in place to deal with situations just like this one. [Shereese] just needed to get to the hospital," she said, "but now she's dead because they treated her like a criminal." The organization Rights for Imprisoned People with Psychiatric Disabilities (RIPPD), delivered a proposal to the NYPD on January 13, 2011 recommending that crisis intervention teams be instituted in New York. 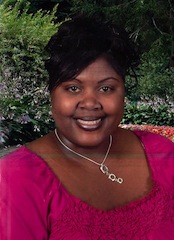 Four police officers allegedly pursued Francis throughout her home, finally cornering her in a basement bedroom where they subdued her face down on a bed. Her sister Shauna, who witnessed the incident with her mother, Eleen, noted in a complaint filed this morning that she could see Shereese was struggling to breathe before she went into cardiac arrest. Emergency medical responders were unable to revive her and she was taken to Jamaica Hospital Medical Center. Notably, the Ninth Circuit court stated in Drummond v. City of Anaheim that handcuffed individuals in an agitated state are prone to suffocation under the weight of restraining officers in what has come to be known as "compression asphyxia."

Francis's parents have filed suit against the NYPD, as well as the the four officers involved, requesting the release of evidence surrounding their daughter's death. "We were stonewalled for weeks only to have details leaked to the Wall Street Journal by anonymous sources. Why were those details not made available to the family?" asked the family's attorney, Steve Vaccaro, "Only when we announced this press conference did IAB return our call wanting to speak to the family."

Vaccaro, who also represents the family of slain cyclist Mathieu Lefevre, criticized the NYPD's ongoing efforts to withhold information, "On March 21, we made a request pursuant to the Freedom of Information Law on NYPD for information about Shereese's death. NYPD’s response was that they needed a month to think about how and whether they would respond. They gave us no information whatsoever. This is the NYPD’s standard play with victim's families. Stonewall and delay," he said, "Never again will we accept indifference and lies from NYPD instead of the compassion and professionalism we have a right to expect."

A terse police report indicating that she "went DOA" at the hospital conflicts with the statements from emergency room personnel who reported she had been dead for more than 90 minutes prior to arriving at Jamaica Hospital Medical Center. According to the affidavit filed by Francis's parents, she was in good physical health aside from mental illness and had no record of violence. (Vaccaro would not elaborate on the nature of her illness.)

The family is suing the city demanding that the NYPD turn over all evidence related to Shereese Francis' death. In a statement, NYPD spokesman Paul Browne said, "the Internal Affairs Bureau's investigation of the allegation to date has found nothing to support the claim that the woman was suffocated."

#1 police plaza
#compression asphyxia
#nypd
#Shereese Francis
Do you know the scoop? Comment below or Send us a Tip