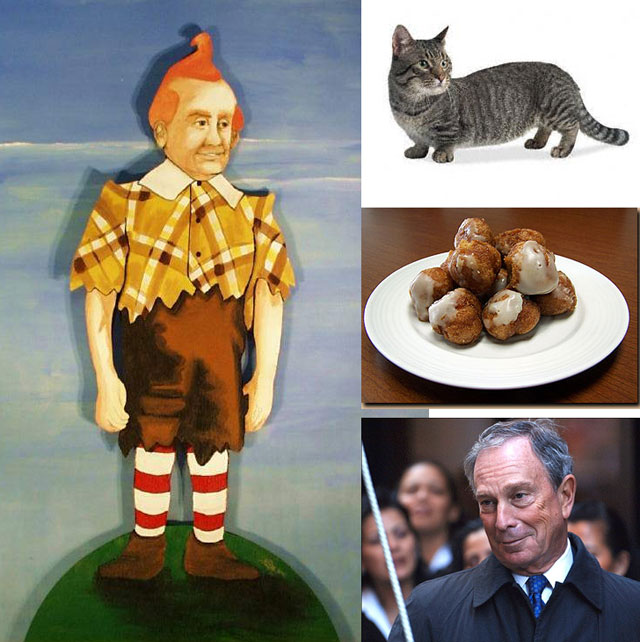 ...and a thousand Photoshop files were launched!

Diane Sawyer may be a veteran journalist and may seem totally unflappable, but even she has totally embarrassing moments. This morning, during a segment unveiling Good Morning America's new holiday windows from the New York Botanical Gardens, she called Mayor Bloomberg a "munchkin." Really: “As a little munchkin, did you come to New York?”

To be fair, she was asking Bloomberg whether he visited New York during the holidays as a child, but let's face it, Mayor Bloomberg's 5'7" stature has been a topic of conversation before. From City Room:

The mayor, who is not the tallest fellow around, did not appear fazed. “My parents brought me down from Boston,” he replied, without missing a beat. “I don’t recall about being a munchkin at that time, but I guess I was.”

The mayor and Ms. Sawyer laughed. Awkwardly. And Ms. Swayer blurted out: “I don’t believe I just called the mayor of New York a munchkin.”

What kind of munchkin is Bloomberg most like? The Wizard of Oz munchkin? The Dunkin Donuts' kind? Or the munchkin cat?

Tonight Mayor Bloomberg will be at the holiday lighting of the arch at Grand Army Plaza in Brooklyn (5:30PM for the LED coolness). And our Bloomberg-in-the-Lollipop Guild Photoshopping after the jump. 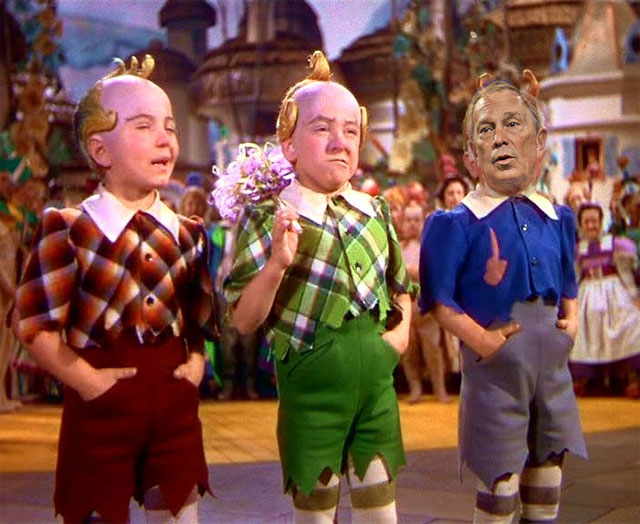