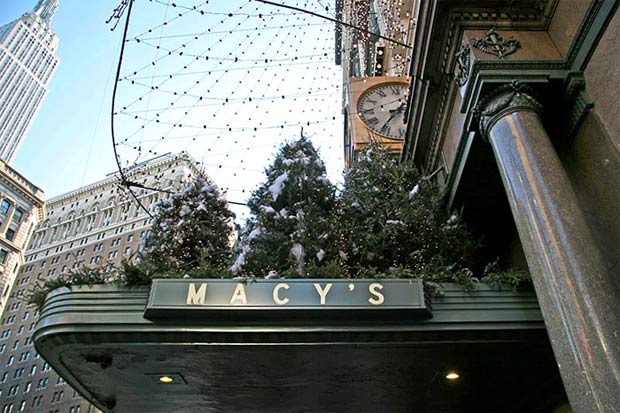 Will Macy's give its regards to Broadway? The NY Times reports that the developers who are trying to redevelop the James Farley Post Office building into the new Moynihan Station "are in the early stage of negotiations with Macy’s" to move from the store's landmark Herald Square location to the Farley building on Eighth Avenue.

Charles Bagli's article summarizes the progress of the Penn Station redevelopment and Farley-into-Moynihan Station project: It's complex, given the transportation systems; it's expensive; and a current plan "hinges" on Madison Square Garden's willingness to move to the Farley building, which scares civic groups that we'll all end up with another Penn Station. And then Penn Station would be razed to make way for new skyscrapers.

Somewhere in the middle of the article, it's suggested that Macy's probably won't move west. Which makes complete sense, because Herald Square is a prime location - close to the Empire State Building, near many different subway lines, and perfect for the end of its Thanksgiving Day Parade. But we're curious how much they are offering.

Photograph of Macy's by New York Daily Photo; Macy's used to be located on Broadway at 18th Street but moved to its current location in 1902