"There is this perverse self-flagellation that Staten Islanders do," said borough president James Oddo. "They love to [think of themselves as] the 'Forgotten Borough.' But this is not an excuse for apathy. Every chance we get to change the impression of Staten Island is a noble mission."

For the three developers who sat alongside him, that noble mission is $1.3 billion in private development around the ferry terminal, set to debut between early 2017 and 2018. Along with the Urban Ready Life Building slotted to open this fall in neighboring Stapleton (beehives and community gardens, an olive-oil shop, one bedrooms from $1,600 per month, etc.), they make up Staten Island's Core Four.

"Having a vibrant, diverse, hip waterfront and being a bedroom community are not mutually exclusive," Oddo said. "We can have it all. This is going to be the renaissance of the North Shore."

Joe Ferrara of BFC Partners is responsible for the forthcoming Empire Outlets—a 350,000-square-foot mall that will accommodate 100 "boutique outlet concepts" including Banana Republic and Nordstrom Rack, plus a hotel and a 1,250 car garage. "We have a knack for identifying where we can come in and jumpstart a community," he said, adding that BFC was also responsible for Schaefer Landing, a mixed-use development in south Williamsburg.

Schaefer was completed back in 2006. "That sparked and ignited the transformation of the Williamsburg waterfront," he said proudly. "I hope that thousands of residential units will start to rise here in St. George on the North Shore. I hope [kids] my son's age will want to stay local instead of going to Williamsburg." 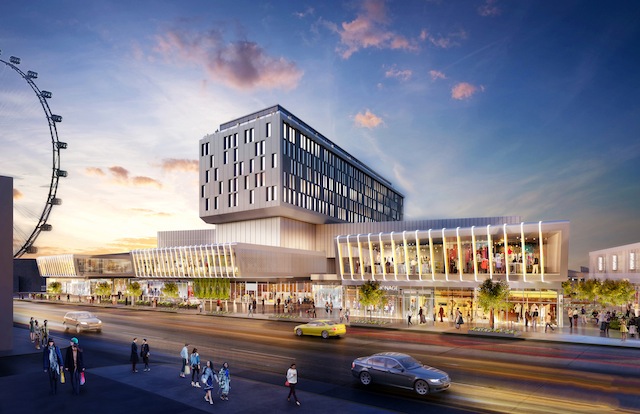 Ferrera's was not the only Brooklyn reference of the night. "If Brooklyn is the Hipster Borough, Staten Island is the Urban Getaway," said Rich Marin, CEO of the New York Wheel, without the slightest hint of irony.

Marin's observation wheel, which will tower 60 stories above the Staten Island Yankees stadium and take 38 minutes to complete a single rotation, is poised to be the tallest in the Western Hemisphere. Each of its 36 temperature-controlled capsules will accommodate 40 people at a time: That's 1,440 people per ride, and 2,200 riders per hour (twice the hourly capacity, Marin is quick to point out, of One World Trade Center's new observatory).

For $35 per ride, "The wheel will move at 10 inches per second, so the human body can't detect the motion," Marin said. "The people who our out on this thing will barely notice they're moving, but they'll have some of the best views of the Verrazano Bridge."

The special features are still being hammered out, though. "There will be audio, there will be video. There will be apps, so people can get augmented reality," he said. "Soft music as well." 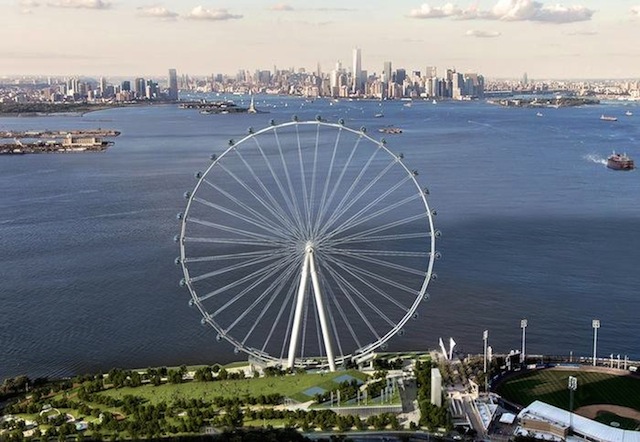 A rendering of the New York Wheel (Perkins Eastman)

Marin is hoping to accommodate 4 million tourists annually. To placate locals, he's planned a 14,000-square-foot playground at the base of the wheel, and a 6-acre grassy roof on top of the parking garage for concerts. "It's going to be a source of pride for Staten Island, here at the gateway of America," Marin beamed.

To the south, Elysa Goldman of Triangle Equities is developing three-acre Lighthouse Point into, as she puts it, a "historic waterfront village." Triangle has plans to convert four 19th-century buildings into restaurant and hotel spaces, and add a 109-unit residential tower, a hotel tower, and shops. Twenty percent of the new apartments will be "affordable," for those making 60% of the city's AMI—that's $36,300 for an individual, and $51,780 for a family of four. "People come and see our view, and they just can't understand why Staten Island hasn't been developed yet," she said. 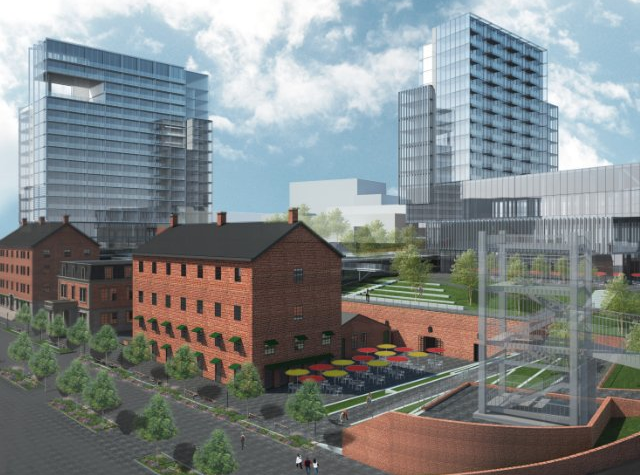 For a transportation hub that shuttles 25 million people back and forth from Manhattan annually, all of this development is a big logistical problem these developers have yet to address. "There's going to be a little bit of a traffic and parking issue, and that's going to be hard to avoid," Marin admitted. Oddo added, "I will not sit here and tell any of you that there is this wonderful [transportation] plan that we are going to put in place, because that plan doesn't exist."

One attendee, who asked to remain anonymous because she works in real estate and her employer prohibits her from speaking to reporters, told us, "As a native Staten Islander, I think this is incredible."

"Yes, some people are going to be displaced, which is unfortunate. But if they can create a community here, where the young people can go to the waterfront instead of going to Manhattan, I think that's really amazing."

Chris Kraig, who has lived in Stapleton for five years, is more skeptical. "By facing the water, this development turns its back to City Hall," he said. "There's no terracing that connects the water to the land. We have beautiful topography here, and I see hill-cutting all the time. I don't see any new roads going in."

Kraig added, "We're going to have 12-to-14-story buildings all along the waterfront, just like Fourth Avenue in Brooklyn. In 10 years, they're all going to be outdated. What we really need is old, existing structures that are affordable for young people to move into. This is going to be a builder's special. It's tragic."

#empire outlets
#Lighthouse Point
#new york wheel
#staten island
#original
Do you know the scoop? Comment below or Send us a Tip