The developer of a controversial residential project that would block sunlight from reaching parts of Brooklyn Botanic Garden said officials at the 110-year-old institution had rebuffed invitations to negotiate, which he said could deprive the surrounding neighborhood of badly needed affordable housing.

“I’m assuming everyone on their board of trustees is relatively comfortable and doesn't have to worry about paying rent every month,” said William Wallace, senior finance and acquisitions officer with the Continuum Development Company. “But the majority of people in Crown Heights are. These are my neighbors.”

Wallace said he grew up in the area and lives there now. Standing outside his company’s three-acre development site at 960 Franklin Avenue—purchase price: $75 million—he appealed to Garden president Scot Medbury to suspend, or at least modify, his campaign against Continuum’s request for a rezoning that would allow the developer to build a pair of 39-story towers with 1.4 million square feet of residential space. These towers, he said, would bring 789 units of affordable housing to a neighborhood that badly needs it.

“Sit down with me,” Wallace said to Medbury in absentia. “Tell me what the problems are.” 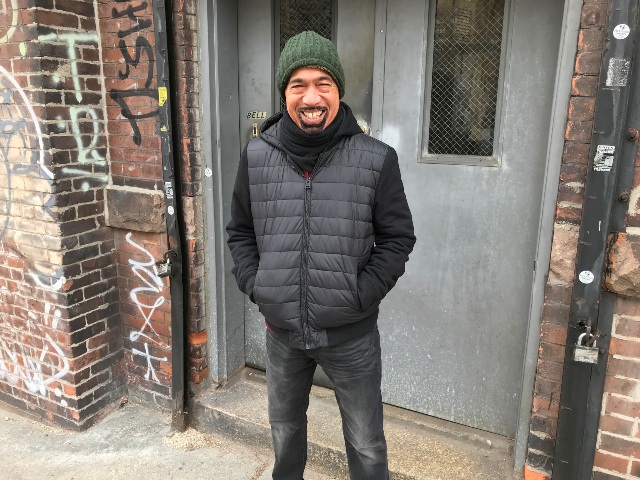 On a recent tour, Medbury described the problems the Garden has with the development. First, he rejected Wallace’s characterization as a conflict between a well-heeled non-profit and struggling local residents. “The people of Crown Heights come here all the time,” Medbury said. “They depend on us.” And he said shade cast by the towers will hurt the Gardens. Facing a 55,000-square-foot array of glass conservatories with thousands of plants, Medbury raised his arms in parallel over his head. “This is where they’d be,” he said, approximating the towers’ profile and the way it would soar into the sky above the nearby four-and-five-story rooflines. “We’re looking at about four-plus hours of sunlight lost per day during three seasons.”

There’s some dispute about Medbury’s numbers. Wallace countered that Continuum’s analysis, which has been submitted to the Department of City Planning, showed far less of an impact, but he said the study could not be shared while the company’s environmental impact statement is under review. Wallace added that the size, shape, and placement of the buildings already reflected a compromise by the company. “We spent a year and a half redesigning the building to be sure that the shadows were as mitigated as humanly possible,” he said.

Another organization, The Municipal Arts Society, conducted a study that showed only one to three hours of early morning shade, primarily in March, June, August and December. The group is opposed to the towers at their proposed height and expressed concern about the effect of casting shadows on some of the Garden’s most popular attractions, such as the Cherry Esplanade and Cranford Rose Garden. “We question the rationale” of the project, the report concluded, while noting that the neighborhood’s current zoning, passed in 1991, was crafted to protect the garden from precisely this kind of threat.

Medbury said losing even an hour or two of sun a day is a problem. “The plants become weaker, they become more susceptible to pests and disease.” He also worried that when the towers are not producing gloom in the morning, they could do damage in the afternoon as their reflective surfaces start magnifying the sun, possibly scorching some of the Garden’s most prized specimens: native plants, rare orchids, and bonsai trees sent from Japan in 1912. “These are critical spaces that hold precious collections,” he said. 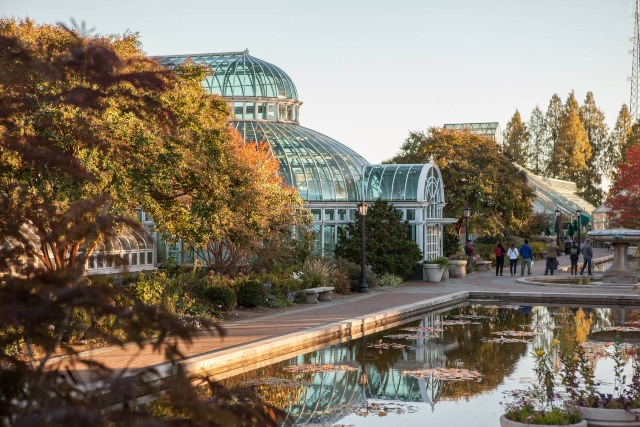 If the city allows a rezoning in Crown Heights, this glass conservatory at Brooklyn Botanic Garden could be thrown into shade for part of some days, harming the plants inside. (Courtesy NYCGO.com)

Wallace said he’s aware of the effects of shade on horticulture. Speaking to Medbury via a reporter from WNYC/Gothamist, he asked, “Can we do artificial sunlight? Can we move some of those delicate orchids from Indonesia somewhere else? Talk to me. We want to be a neighbor.” He also suggested that perhaps some of the glass houses could be moved.

Medbury rejected that proposal as prohibitively expensive. Besides, he added, “They were built on high ground and purposely placed on a north-south access to maximize exposure to the sun.” That ground runs along the southeastern edge of the Garden’s 52 acres—a block away from where Continuum plans to build on the site of what is now a low-slung brick warehouse on Franklin Avenue.

Wallace pointed out the the current proposal calls for fully half of the units to be affordable, which is 20 percent more than required by law. “It would create a real spectrum of middle class housing that doesn't exist in Crown Heights,” he said. “It would be for families making about 40-something-thousand dollars for a family of four. A single person could make $36,000 and rent a studio in our development.” Without a rezoning, Continuum would be limited to seven stories. That would mean far fewer affordable apartments.

Bruce Eichner is the chairman of Continuum and a builder of luxury condos like the 777-feet-tall Madison Square Park in the Flatiron district. He’s developing 960 Franklin Avenue in partnership with Lincoln Equities, helmed by Joel Bergstein, who did not respond to a request for comment. 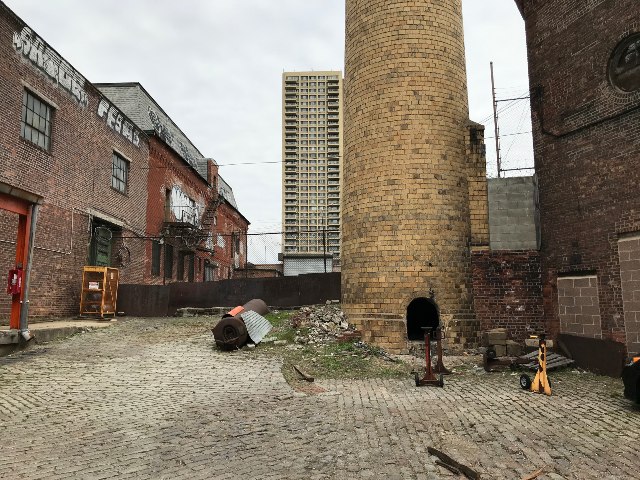 The developer’s rezoning application was presented at a March 12th hearing held at the Department of City Planning’s office in Lower Manhattan—the start of a land use review process that could take about a year. Medbury was there leading a coordinated effort to speak against the plan. Wallace is still sore about the move.

“To take the role of spearheading opposition to an affordable housing project is a little baffling,” he said. “I’m praying that whatever efforts they have done have not been paid with taxpayers’ dollars.”

Asked whether he planned to sit down with Wallace at some point and negotiate, Medbury demurred, declaring, “We’re in it to win it.” He later explained that he saw no point in haggling over building heights when the Garden was staunchly opposed to any change in the local zoning.

The lot at 960 Franklin lies in the district of Council member Laurie Cumbo. If custom holds, her vote at the end of the city’s land use review will sway the council as a whole to vote yes or no and determine the project’s fate. Cumbo told WNYC/Gothamist that, as of now, she has picked a side. “Two 40-story towers are absolutely out of the question and cannot happen in the district,” she said. But that doesn't mean there won't be new construction. “What we want to know and understand,” she added, ”is what can you responsibly build there?”

Jim O’Grady is a reporter for WNYC and a contributor to Gothamist. You can follow him on Twitter at @jimog.

#Brooklyn Botanic Garden
#Crown Heights
#gentrification
#prospect heights
#original
Do you know the scoop? Comment below or Send us a Tip