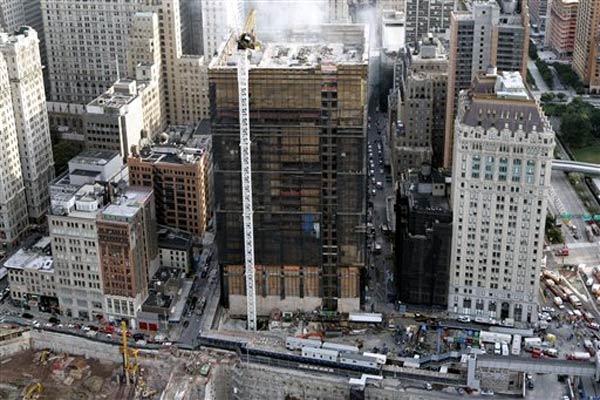 All four of the local papers devote attention to the Detusche Bank building fire, which took place 8 days ago and took the lives of two firefighters. Here's a roundup: