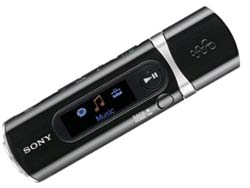 Let's go to the audiotape digital recording! A Bronx detective was indicted on perjury charges after claiming in court that he never interrogated a teen shooting suspect - only for the teen to reveal he recorded the interrogation.

Back in December 2005, 17-year-old Erik Crespo was accused of shooting a man in a High Bridge apartment building. He was arrested and when Detective Christopher Perino interviewed him, he used an MP3 player to record their conversation. Crespo's lawyer explained his client made the recording because he did not trust the police. Excerpts from the NY Times and Post that show the strong-arm interrogation tactics seen on TV dramas are not that far off:

“I can make sure you don’t see the judge for three days,” Detective Perino told him, according to the transcript.

The detective also repeatedly tried to dissuade the suspect from consulting a lawyer, even though Mr. Crespo told him that he wished he had a lawyer to advise him, according to the transcript.

From the Post
"You don't want to give a statement - I don't give a (expletive)," Perino said, according to a transcript. "But just remember I'm never gonna have your side of the story when I walk into a court of law."

Without the statement, Perino warned, the court would rely on security video and the victim's version of the shooting.

"He's the victim," said Perino, a 19-year veteran. "He's a scumbag, but he's the victim. You following me? He can go up there... and tell them whatever the (expletive) he wants to tell them."

During Crespo's trial, Perino repeatedly said he did not interrogate the defendant, making way for the defense to introduce the recording.

A police source told the Daily News that Perino "simply forgot about the interview when he took the witness stand." And Perino himself said, "I'm overworked . . . Anybody who knows me knows I'm walking around half-dead," and, per the Post, mentioned "he was working two jobs, his wife was sick, he has four kids, and he was juggling as many as 40 cases at the time."

Crespo was offered a 7-year sentence for weapons possession after the recording was disclosed; he had been facing attempted murder charges and up to 25 years in prison. Perino was charged with 12 counts of perjury, each with a maximum sentence of seven years. Bronx DA Robert Johnson said, "These are very serious charges that put the safety of all law-abiding citizens at risk, because they undermine the integrity and foundation of the entire criminal justice system. This indictment hopefully will send a strong message that anyone in law enforcement who engages in illegal conduct of this nature will be dealt with to the full extent of the law."