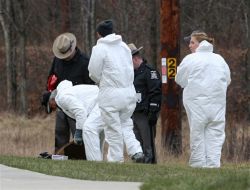 As the investigation continues for the missing body of Laura Garza, the 25-year-old last seen leaving the nightclub Marquee early Wednesday morning, the details that have come in are not very pretty. Police are still searching around the Wallkill home of Michael Mele, the Quizno's franchise owner and convicted sex offender Garza was last spotted leaving the club with. Yesterday they found a woman's shoe near Mele's apartment in the dumpster he was seen scouring through in recent days, a piece of cloth resembling women's undergarments in a nearby shrub and bite marks and scratches on Mele himself. 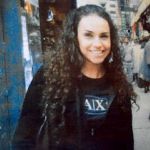 Police originally focused in on Mele after high-tech cameras in Marquee were able to zoom in on footage of he and Garza dancing at the club. The other man the two left with, a friend of Mele's, has been talking to cops. He told them that the pair "had been making out in the club" and that "(Mele) wanted to have sex with her, and they all left the club." Apparently Mele did not share that same information with his girlfriend, whom he employed to help him remove bleached and cut out sections of his carpet Wednesday. Police described the section of the rug missing as "enough to wrap a body in."

While the investigation is being conducted as a homicide, police are still holding out hope that Garza might still be alive. Garza had just relocated to New York from Texas and one of her new neighbors in Bay Ridge told the Times that she "seemed not to have her guard up the way New Yorkers often do." But a longtime friend defended her, saying, "It's not like her to do anything stupid like this, to leave with a guy from a club."