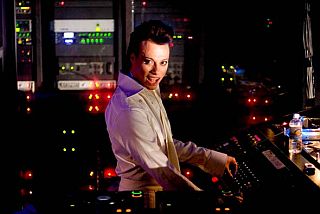 Panic gripped a sizable number of New York night crawlers last fall when both the holiday-timed Motherf*cker freakfest and popular posture party Misshapes were derailed within months of each other. Today the Times checks in on distraught survivors like one Melissa Maino, partygoer: “It’s been rough. Going [to Motherf*cker] was what I depended on for New Year’s Eve. [Its end] was definitely heartbreaking.”

But what’s so inspiring is the courage summoned by other partiers who have put on a brave face, picked up the pieces, and found a way to move on. Club Luke & Leroy’s, the former home to Misshapes, has been reborn as Le Royale; the Times reports that on a recent evening the dance floor was packed! Though one individual was sighted with a sweater tied around his neck, apparently “without irony” – a fashion “don’t” that never would have survived the gaze of Misshapes’ proprietress Princess Coldstare.

Now Melissa, it is true that New Year’s Eve will never be as fabulous as it was when you were partying with this crowd at Motherf*cker, but we must soldier on! Michael T., one of Motherf*cker’s party promoters, is leading by example; he’s hosting a New Year’s Eve party tonight at Don Hill’s, where he also dreams of reviving his ribald “Rated X” parties. He muses to the Times:

Every artist has their peak time, and then you make that mark. Right now, I’m not at that peak. I’m a survivor. It’s going to be me, Cher, and the cockroaches.

See Melissa Maino? Rather than curse the darkness, artist Michael T., New York’s Picasso of party promotion, the Duchamp of DJs, is lighting candles. Go out and do likewise! As a pre-game, study our interview with Thomas Onorato, who will be guarding the door to Don Hill's tonight.

Photo of Michael T. by Flybutter.