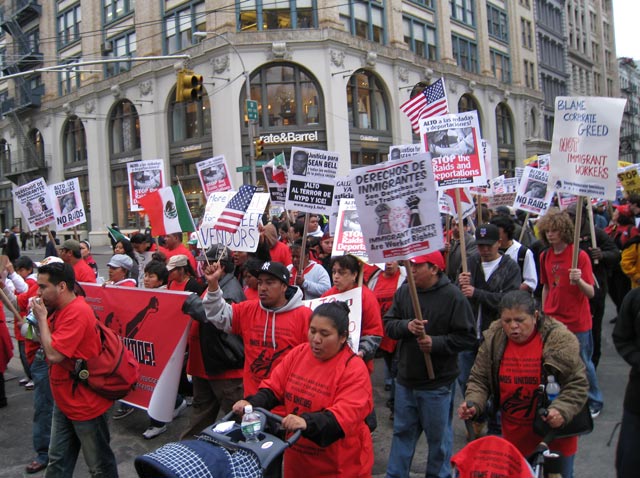 Many hundreds of people marched yesterday to push immigration reform into the election year spotlight. With rallies being held in other cities in the country and world, the marchers gathered at Union Square and then headed down Broadway to the the Jacob Javits Federal Office Building, where immigrations officials have offices.

One demonstrator explained to NY1, "[May 1] is international workers’ day and in this country, as you may know, there are more than 280,000 working persons – men, women and children – that are in immigrant prisons. Honest families who have not done any crime, who are in prison and we’re marching in solidarity with them.”

Other demonstrators were touting other causes: Some calling for affordable housing, others for police justice after the Sean Bell shooting, while other wanted reforms in all areas.