A restaurant deliveryman on a bicycle was struck by a car on Lexington Avenue near East 104th Street. The victim was taken to Cornell Hospital and is reportedly "clinging to life."

According to police, the deliveryman was traveling southbound on Lexington Avenue, with traffic, when a white vehicle also going south on Lexington struck him near 104th Street. The car fled. The victim, who apparently delivers for a Chinese restaurant on Third Avenue, was in cardiac arrest when responders arrived.

If you have ever been on Lexington Avenue in East Harlem, you'll know that Lexington inclines steeply from 103rd Street to 102nd Street, which might inspire some drivers to start revving up. 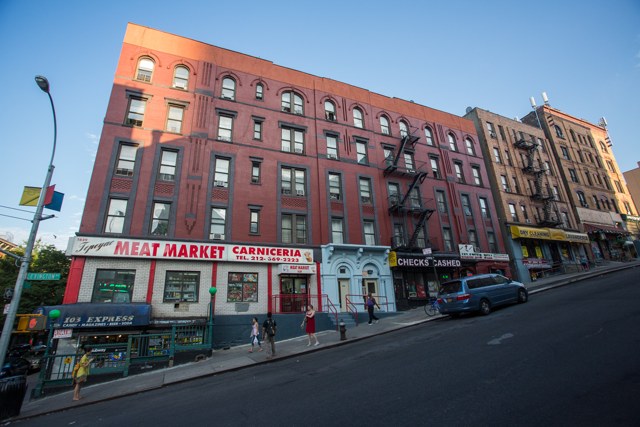 The incline at 103rd Street and Lexington (Sam Horine/Gothamist)

The hill is known as Duffy's Hill.

#bicyclist
#deliveryman
#east harlem
#lexington avenue
#vision zero
Do you know the scoop? Comment below or Send us a Tip