Speaking at City Hall this morning, Mayor de Blasio held up the case of Tyrone Howard—the suspect charged with first-degree murder after allegedly shooting NYPD officer Randolph Holder in the forehead on Tuesday night—as proof that judges in New York State should be empowered, by law, to consider an individual's public safety risk when it comes to setting bail, or assigning a drug diversion program in lieu of a prison sentence.

"The death of Officer Holder has thrown into clear perspective the need for substantial reforms in the criminal justice system," the mayor told reporters this morning.

"This week we learned the true cost of the problems that exist in our bail and diversion systems, and what it means when our judges don't have the ability to weigh the danger that an individual poses to our society."

Current State law only counts "risk of flight" as a factor in setting bail. Today, the mayor called for "dangerousness" to be added to this statute—a consideration that's already law in 47 states excluding New York, Missouri, and Mississippi.

De Blasio also called for the lawful consideration of dangerousness and risk of flight when it comes to enrollment in a drug diversion program—a program that opts New Yorkers convicted of nonviolent crimes out of prison, in favor of drug treatment and testing.

Howard, who served prison time for drug sale and possession in 2007 and 2013, was also arrested in 2009 for his alleged involvement in a gang-related shooting at an East Harlem basketball court. An 11-year-old girl and a 78-year-old woman were both caught in the crossfire. CBS reports that those charges were ultimately dropped.

Howard was also arrested last fall along with 18 other members of an alleged group of drug dealers in the East River Houses. Howard and three others were enrolled in a drug diversion program. (The NY Times points out that Howard was released on $35,000 bail this February, and would have been on the street this fall regardless.)

Howard is also a suspect in the drug-related shooting of a 28-year-old man in the East River Houses on September 1st. NYPD Chief of Department James O’Neill told reporters on Wednesday that officers had made "numerous [10] apprehension attempts, obviously with negative results." 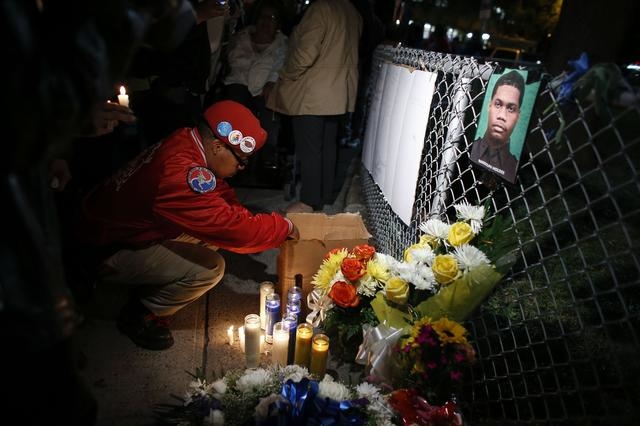 "If ever there's a candidate not to be diverted it would be this guy," Bratton told reporters on Wednesday, adding, "He's a poster boy for not being diverted... he has shown no propensity for changing his ways, and his whole life has been about an escalation of crime."

"[Current law] handcuffs judges," de Blasio said today. "It prevents them from asking the very thing we want to ask: Is this person dangerous to us?"

Robert Gangi, Director of the Police Reform Organizing Project, countered that regardless of the law, most judges take "dangerousness" into account when making bail decisions and considering diversion.

"The mayor is grandstanding on a non-issue," Gangi told us this morning. "This sends the message to judges: 'Don't make the decision to divert someone, because politically you will be clobbered.'"

"The judge's decision in this case was clearly a mistake," Gangi added, speaking of Howard's case. "Still, it was a defensible decision given that the man was a life-long drug addict. He had been locked up a couple of times... and so many people come out of prison worse off than they were originally."

Manhattan Supreme Court Justice Edward McLaughlin has also defended his decision to send Howard into a diversion program—in part because he had no idea that Howard was allegedly involved in the 2009 shooting involving an 11-year-old. In a recent interview with the NY Times, he pointed out that Howard had a "documented" addiction to PCP and no violent crime convictions.

"I know I made the right decision," McLaughlin told the Post. "I don't get a crystal ball when I get a robe.... The public wants an independent judiciary. This is what happens when decisions are made, and assuming they are made with thoughts and a basis, you cannot avoid tragedy."

Even as he called for prison sentences for "hardened, violent criminals," de Blasio reiterated this morning that "we don't want people to be in jail who shouldn't be there"—specifically, first-time, non-violent offenders who end up on Rikers because they are unable to post bail.

Under a new bail reform policy introduced this summer, a small portion of defendants across the five boroughs would have the option of "supervised release," or tri-weekly check-ins with an assigned counselor in lieu of prison time. The policy does not remove the bail barrier for low-level offenses across the board.

Asked whether the legal consideration of dangerousness might impact "medium risk" suspects—and, ultimately, complicate de Blasio's mission to crack down on some criminals while keeping others out of prison—the mayor leaned heavily on the assumption of "common sense."

"Common sense would dictate that if you had this new law you would either not offer bail, or offer very high bail, because of... this person's activities," he said.

Later he reiterated that "I believe in constitutional rights but I also believe in common sense," adding that Albany should "fast track" these changes.

Brooklyn Defender Services Director Lisa Schreibersdorf stressed that any reform to bail policy should be swift on two fronts.

"Other jurisdictions that consider dangerousness as a factor for preventative detention have protections we lack in New York to ensure that people who are not dangerous are not held in jail pre-trial," she said.

"A responsible statute drafted to guarantee that New York would no longer hold people in jail only because of their financial inability to pay bail, would be a necessary step in the right direction."