Dan Rather: Bloomberg's Not Running for President 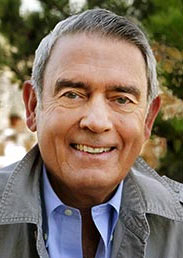 Dan Rather may have retired from the CBS Evening News, but he's still breaking stories while at HDNet. On his upcoming Thursday night Dan Rather Reports, he will air an "rare sit-down interview" with Mayor Michael Bloomberg, where Bloomberg makes it "categorically clear that he will not run for President of the United States, nor will he seek a Vice Presidential bid nor any cabinet position for that matter, something he's never done before." Wow, we think we just heard candidates from both the Democratic and Republican parties sigh with relief!

Rather appeared on The Chris Matthew Show this morning, and here's a transcript, via the CityRoom:

Mr. Rather: Michael Bloomberg, mayor of New York, told me that he was not going to run for president. In a direct answer to a direct question, would he run under any circumstances, he danced around a bit and finally said ‘No.’ Furthermore, he said he wasn’t open to even considering running as a vice presidential candidate with anybody, and he wouldn’t take a place in anybody’s cabinet.”

Mr. Matthews: “Is he going to run against Spitzer for governor next time?”

Mr. Rather: “I wouldn’t bet against it.”

Okay, maybe the noises we hear now are Spitzer groaning and Joe Bruno cackling. And in Rather's interview with Bloomberg, the mayor makes it clear that as a presidential candidate, he know he's not a sure thing:

Look, I have my own beliefs. They’re not tailored to what’s politically popular. It’s what my parents taught me and what I’ve learned raising my two daughters that are the love of my life.

It — I believe that certain things and if somebody asks me where I stand, I tell them. And that’s not a way to get elected generally. Nobody’s going to elect me president of the United States. What I’d like to do is to be able to influence the dialogue. I’m a citizen.

Bloomberg has been mentioned as a potential 2008 presidential candidate for quite some time and he created quite a frenzy when he changed his political affiliation from Republican to independent in June. He has staunchly said that he planned to serve out his second term as mayor through 2009. Some pundits credited Bloomberg will using speculation about a 2008 bid to draw more attention to his policy initiatives (stricter gun control) and philosophies (less partisanship in politics). Still, some of his advisers continued to reference a possible Bloomberg 2008 candidacy, suggesting that Bloomberg might be interested in winning if he's got a shot.