A Daily News newspaper delivery truck driver died this morning after crashing into a green taxi in Williamsburg, at Nostrand and Flushing Avenues. 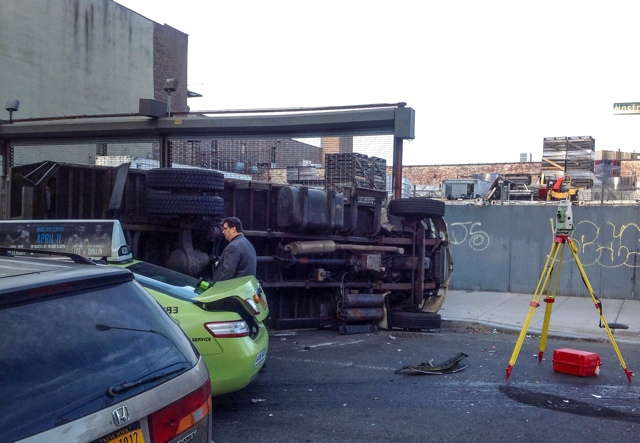 WABC 7 reports the two vehicles "were involved in a 'T-bone" collision at that intersection." The Daily News truck overturned, and the driver "may have been ejected from the vehicle."

According to NBC New York, "Dash cam video taken from a car not involved in the accident shows the Daily News truck approach the intersection at a yellow light before it collides with the taxi, which comes from the right... Delivery truck drivers often don't wear seat belts as they're continuously hopping in and out of their trucks."

The NYPD investigation is ongoing.

#collision
#daily news delivery truck
#fatal cis
#williamsburg
Do you know the scoop? Comment below or Send us a Tip