Today Mayor Bloomberg made an appearance at a major gathering of transportation agencies from across the nation and, with NYC DOT Commissioner Janette Sadik-Khan at his side, said out loud what the tabloids have always suspected he feels on the inside: People in cars are third class citizens. Originally, "the streets were there to transport people," Bloomberg said. "They are not for cars... One of the original ways was walking." And he didn't stop there.

"Cyclists and pedestrians and bus riders are as important, if not, I would argue more important, than automobile riders," Bloomberg declared, calling for more investment in mass transit and more of the "complete streets" designs that his DOT has been shoving down the NY Post's throat for years now. Sources say columnists Steve Cuozzo and Andrea Peyser will be spending their weekend together in the Post's Cyclist Situation Room drawing up matching editorials eviscerating Bloomberg's bike bias. But in the meantime, the Post's commenters are happy to fill the void. Here are our favorite responses:

To answer Topps' question, Bloomberg does not ride in a limo. Sometimes he takes the subway, and sometimes he takes an SUV to the subway, and sometimes his SUV is pre-airconditioned in advance with a window A.C. unit, because Bloomberg's drivers got busted breaking his own anti-idling laws. There, we've probably dumbed this down enough for today. Here's how the streets looked back in Bloomberg's day: 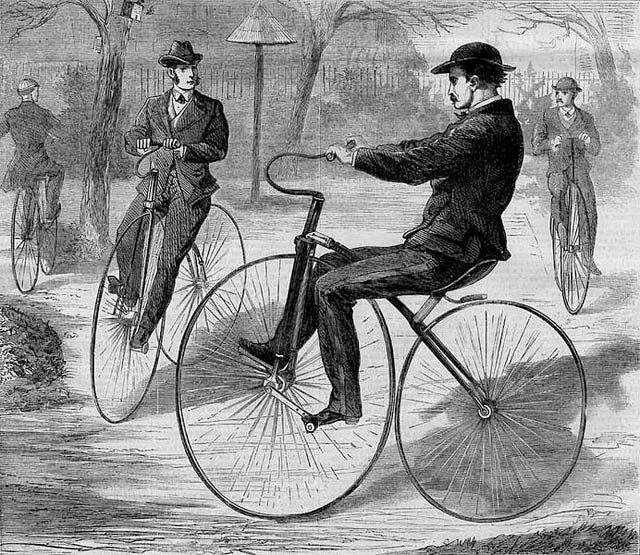