A cyclist killed by a hit-and-run driver in East Harlem on Wednesday night was a neurological researcher and assistant professor at the renowned Weill Cornell Brain and Spine Center on the Upper East Side. Sergei Musatov, 42, was hit from behind by the driver of a silver Mercedes with Florida plates shortly after 11:20 p.m. at East 129th Street near the Third Avenue Bridge. The driver and two passengers in the car kept going and eventually fled on foot, leaving Musatov to die in the street.

The Mercedes driver had been fleeing court officers who tried to pull the car over after they saw him run a red light and nearly hit their vehicle in the Bronx. A spokesman for New York state courts told the Daily News the officers "flipped on police lights in their car and pulled the Mercedes over — only to watch the driver speed off across the Third Ave. Bridge into Manhattan."

But the spokesman, David Bookstaver, insists the officers did not give chase to the Mercedes driver, but merely continued into Manhattan and then came upon the fatal collision. In an interview with the NY Times, Bookstaver added, "Under extreme situations, the court officers may take lawful action to stop a crime." 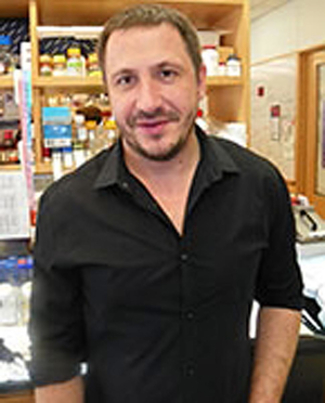 Musatov, a 42-year-old Russian native, had been biking east on 129th Street when he was struck from behind and sent crashing into the car's windshield. The motorist drove further for several blocks, finally coming to a stop after heading the wrong way on East 128th Street and crashing into a Volkswagen sedan. The driver and the passengers remain at large.

The fatal crash has again raised questions about how police should or should not pursue suspects. The NYPD Patrol Guide instructs officers to proceed with caution and weigh the potential risks of traffic crashes against the perpetrator's danger to others. Specifically, NYPD rules require "that a vehicle pursuit be terminated whenever the risks to uniformed members of the service and the public outweigh the danger to the community if [the] suspect is not immediately apprehended."

Last year it was revealed that NYPD officers lied about the circumstances of a high speed chase that killed a Greenpoint pedestrian. In 2013, a teen driver fleeing police on the Upper West side killed 4-year-old Ariel Russo. But a 2010 police chase that resulted in the death of a nun in Harlem was deemed "within guidelines" by the NYPD.

It was not immediately clear what protocols, if any, are in place regarding court officers engaged in vehicular pursuits.

Musatov had been working in the lab at Weill Cornell for 15 years, and was highly regarded by his peers. From the Times:

The crash halted the rising career of a researcher devoted to finding new technologies for understanding behavior, and sent a tight-knit community of New York City brain scientists into mourning.

Michael Kaplitt, the director of the molecular neurosurgery lab at Weill Cornell where Dr. Musatov worked, hired him 15 years ago. He said Dr. Musatov took pride in his Russian heritage, but soaked up opportunities for scientific collaboration in New York, as well as the city’s art and classical music offerings.

“He was the first person I’d go to if I ever had an interesting scientific idea or thought,” Dr. Kaplitt said. “If he didn’t have an answer, he’d find it.”

Joshua Goldfein, an endodontist who used to work alongside Dr. Musatov as a lab technician, said Dr. Musatov would arrive at the lab at 3 a.m. to treat cells for his colleagues. “Many times he’d never leave the lab,” Dr. Goldfein recalled.

“Weill Cornell Medical College is saddened to hear of the death of talented scientist and respected colleague Sergei Musatov," said spokesperson Mason Essif. "Our hearts and deepest sympathies are extended to his family and friends."

#cyclist
#east harlem
#hit and run
#Sergei Musatov
Do you know the scoop? Comment below or Send us a Tip