Today, NYC First Lady Chirlane McCray announced that she, Mayor de Blasio and their children are finally moving out of their Park Slope home and into Gracie Mansion, "Today marks a very important day for our family—the move to Gracie Mansion has begun!" And to get ready, they are doing things in true Park Slope fashion: Leaving their junk on the sidewalk under a sign marked "FREE." (Hopefully the stuff is bedbug "free" too.) 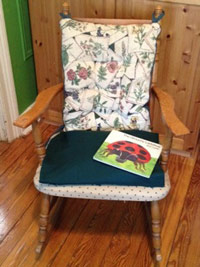 McCray has personal stories about some items they are taking with them on her #FLONYC Tumblr, like a rocking chair from the mayor's mother:

This rocking chair is close to my heart. Bill’s mom gave it to me when Chiara was born. Maria spent hours in this chair, rocking and reading to Bill when he was a baby. Chiara and Dante were also soothed by the rocking and the warmth of listening to stories in my lap.

One of the first items we are moving to Gracie is my mother’s sewing machine table. Using this same sewing machine, I created the two quilts that Dante and Chiara are sleeping under in the photo above.

And some special dolls from her own mother:

When I was a little girl, my mother lamented that there were so few Black dolls available for us. She was determined to do something about it. It took time, but later in her life, undeterred, she sat down at this sewing machine (where she had sewn many of our clothes) and created dolls that reflected what my sisters and I saw in the mirror every day.

This special set of dolls represents me and my sisters. Look, I’m the one in the middle, with a nose ring, just like the one I used to have.

As much as I cherish these dolls, I’m even more grateful for the knowledge my Mom passed along to me. With her guidance, I learned to sew. 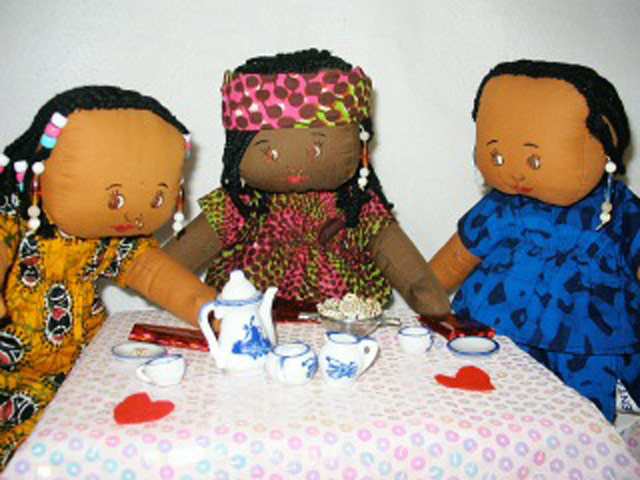 The First Lady's press office says, "Tours at Gracie will be temporarily put on hold next week and resume in September, once the family is settled."