In a Sunday press release and playful tweet, Governor Andrew Cuomo touted that "approximately 53 percent" of full-time CUNY and SUNY in-state students are now attending college without having to pay tuition. He credited the Excelsior Scholarship, a program he announced in April as the country's first two- and four-year statewide free college tuition plan.

"More than 210,000 New York residents are going to school tuition-free thanks to the addition of students receiving the Excelsior Scholarship," the release states.

But that 210,000 number includes 165,000 students receiving federal and state assistance who did not apply for Excelsior. Another 23,000 applied for Excelsior and learned that they in fact qualify for a pre-existing state or federal scholarship, like TAP or Pell.

Cuomo's office says that everyone who met scholarship requirements was accepted but has declined to provide a breakdown of reasons students were rejected, saying the numbers remain in flux.

At first glance, the Excelsior program described in the press release seems simple and generous: full tuition relief for individuals or families making up to $125,000 per year, by 2019. Yet experts tell Gothamist that Excelsior has an inordinate amount of restrictions that immediately disqualify many students, and leave accepted students at risk of losing the scholarship down the road.

"We have found in our research that if you want these scholarships to be successful you need to be really clear with the messaging, and complexity is your enemy and simplicity is your friend," says Dr. Michelle Miller-Adams, a research fellow with the W.E. Upjohn Institute in Kalamazoo, Michigan.

Dr. Miller-Adams' research has influenced guidelines for the Kalamazoo Promise, an in-state free college program launched in 2005 that served as a model for more than fifty similar programs currently in place from Tennessee to Rhode Island.

"The New York program has a lot of these little wrinkles," she said. "They should absolutely not assume that students are fully aware going into it."

For example, Excelsior's requirement that qualifying students must be full-time is retroactive, meaning students are ineligible if they have been part-time college students or have taken time off school.

More than half of part-time students in New York are financially independent, and "independent students tend to be much poorer," according to Brad Hershbein, an economist with the W.E. Upjohn Institute.

Part-time students "are way more likely to be supporting a family and working long hours," said Marcella Bombardieri, a senior policy analyst at the Center for American Progress.

In this way, Excelsior excludes New Yorkers who arguably need the program the most.

"If you are at half-time enrollment and now want to go full-time, why wouldn't that be something that the scholarship would encourage?" Bombardieri says. 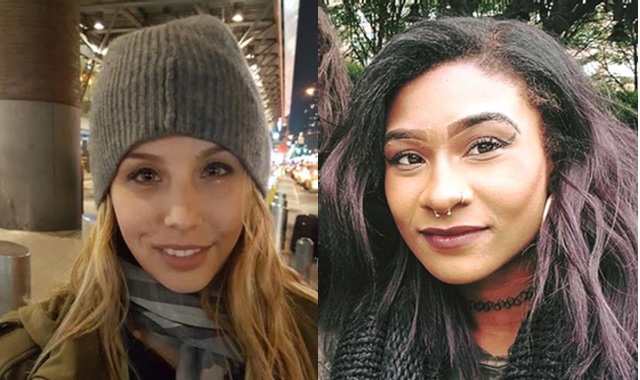 Frenkel (left) and Green both applied for Excelsior this summer and were rejected because they are not on track for on-time graduation. (Courtesy of Frenkel and Green)

Sabrina Green, a 22-year-old Hunter College student studying psychology and neuroscience, was rejected from Excelsior because of the retroactive full-time requirement.

"I'm a working-class person," she told Gothamist. "I was a full time preschool teacher for a year, so I only took, like, two or three classes at a time. I couldn't find the time to do full time because I had to pay for student loans, and food and my rent and stuff like that."

"I thought with this scholarship, since I would have everything paid for with my tuition, I would be able to work less and go to school full time," Green added.

New York's retroactive full-time requirement is the first of its kind, according to the Campaign for Free College Tuition, a bipartisan nonprofit that formed in 2014. Programs in Santa Barbara, Cleveland and Philadelphia have full-time requirements, but they're not retroactive. This could be explained by the fact that "most state programs only apply to a cohort of students who are just graduating from high school," said spokesman Brian Newman.

Jenny Frenkel was a few weeks away from the start of her sophomore year at St. John's University in Queens when she got into a near-fatal jet ski accident. The trauma of the crash changed her course. "The right side of my face was cut in half and sewn back together, and you don't want to go back to school like that," Frenkel, now 23, told us. "A semester turned into three years taking a break. I was working full-time."

Frenkel worked at a pharmacy, then as a receptionist. Having accumulated $70,000 in loans from St. John's, she decided it made more economic sense to transfer to public school, and started at FIT for the Spring 2017 semester. After Cuomo announced the Excelsior Scholarship, Frenkel applied, only to learn that the retroactive full-time requirement rendered her ineligible.

Breaks in attendance including "medical, military or personal leave will be evaluated on a case by case basis to ensure maximum flexibility," according to Daniel Fuller, the State's Assistant Secretary for Education.

"I almost died, and I couldn't afford to go back," Frenkel said. "How much more can I explain?"

For those who do receive Excelsior, the award remains precarious. Students are required to live and work in-state after graduation for two or four years. Otherwise the grant reverts to a loan.

Excelsior recipients must also maintain a 30 credit annual course load, in excess of the 12 credits required per semester for full-time status at CUNY, or risk paying back their grant. Summer and winter courses can contribute to the total, and Excelsior includes a grace period for current students who are short six or fewer credits—they'll be eligible to apply next year if they make up the difference. Students with a personal hardship can pause the scholarship on a case-by-case basis, according to Cuomo's office.

But Judith Scott-Clayton, a professor of economics and education at Teachers College, described Excelsior as a crude attempt to mash together the expectations of merit-based scholarships, which select for high-performing students, with the rhetoric of a universal, all-inclusive free college program.

"Students are not all sufficiently prepared to take 15 credits and succeed in one term," she said. "I think that's where there needs to be some sensitivity that, yeah, we can push students to do more, but it's not a one-size-fits-all."

"It's certainly not going to be cost-free to figure out where the students are who completed [too few] credits and get them to repay," Miller-Adams added. "I guess it's a perfect subcontract for a debt collection agency but is that what they're trying to do with this scholarship?" 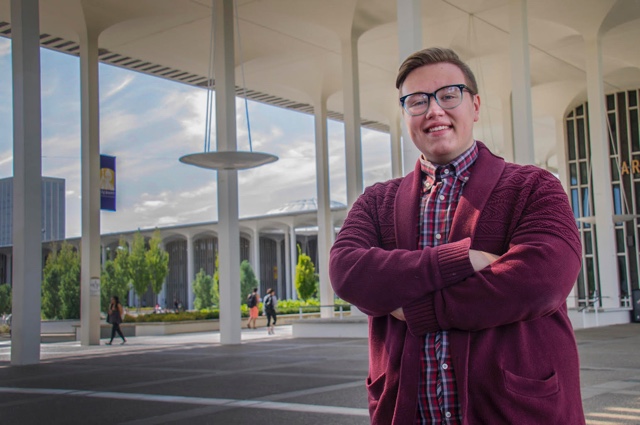 Gianluca Russo, a 19-year-old journalism and creative writing major at the University of Albany, was excited to receive Excelsior after some last-minute finagling with his advisor this spring. Russo acknowledged that his job—freelance writing for online publications—has more flexible hours than some. Still, he said he's staring down a daunting semester. Because he switched majors, he'll have to take 18 credits per semester or risk losing the scholarship.

"But it will help me so much," he added. "Ultimately, I know, the work will pay off after school, and the fact that I don't have to worry after school about loans or paying anything back is going to be great."

Marc Cohen, president of the Student Assembly of The State University of New York, is hopeful that legislators will take student concerns into account. While those with extenuating circumstances should not "fall behind" because of the full-time requirement, "We have to realize that nothing is free... we have to make sure that people are going to school, working hard, and getting into the work force," he said.

CUNY and SUNY have praised Excelsior, which they say encourages on-time completion.

"Excelsior will help more students toward completion and the promise of a college degree," said CUNY spokeswoman Holly Liapis.

"New York has led the nation by becoming the first state to make two- and four-year public college tuition-free, and the Excelsior Scholarship is providing thousands of New Yorkers the opportunity to go to college with zero tuition costs," a spokeswoman for the Governor stated. "A central goal of this administration is to make college more affordable for the middle-class, and the Scholarship is helping thousands by doing just that."

"What do I mean when I say he's 'killing free college'? I mean he takes a really important turning point in educational policy, that is really about fixing the lack of trustworthiness and the complexity of our system, and uses it to [his] political advantage while making it just as untrustworthy and just as complicated," she said.

Goldrick-Rab added, "He's made it so clear that he's using this as a political tool and nothing else."