In his most full-throated takedown of the MTA to date, Cuomo mocked all aspects of the agency that he has essentially controlled for eight years at a speech to business leaders at the non-profit Association for a Better New York [ABNY], which included a corny PowerPoint presentation riddled with visual Dad jokes (feast your eyes below).

Cuomo ripped the MTA board, some of whose members have questioned his L train tunnel rehabilitation plan, declaring that “a more functional board would be President Trump, Hillary Clinton, Bernie Sanders, Rush Limbaugh, and Nancy Pelosi.” 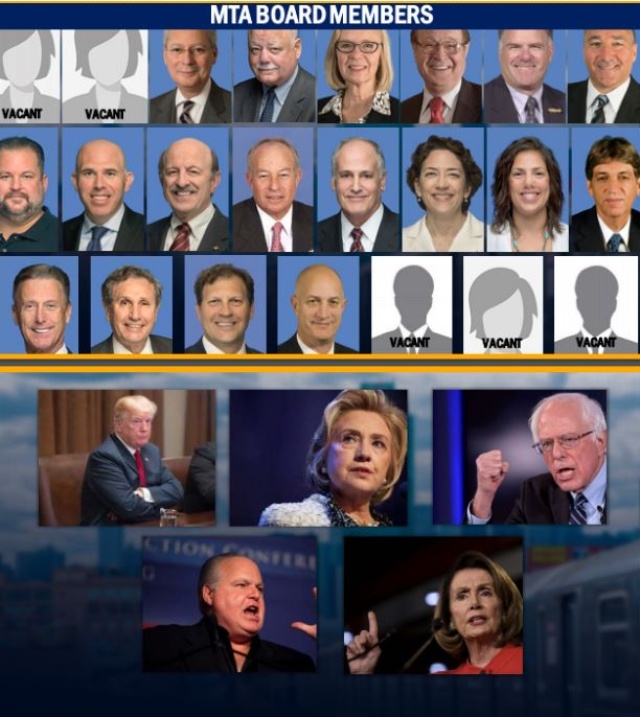 Never mind, as the MTA’s website notes, that “all board members are appointed by the Governor, some on the recommendation of City and County officials in the MTA service region.” Or that the governor has used his powers, when he chooses, to get involved in the MTA’s affairs--think Second Ave. Subway, and L train plans.

Cuomo suggested there are six options for who should be fully responsible for the MTA, be able to overrule any veto and who would have full hiring and firing abilities: The Terminator (head scratcher for sure), New York City (Corey Johnson has said he’s actually looking into this possibility), Carl Heastie, Andrea Stewart-Cousins, or the governor himself. 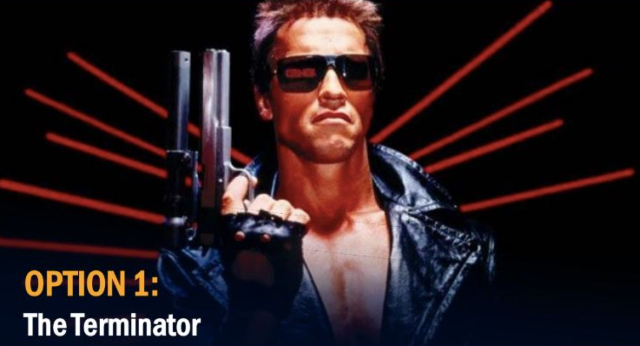 “It is 1980s technology. The plan calls for installation in 7-10 years, that really means 14-20 years in real time, if we’re lucky. However, technology changes daily if not more frequently. Ultra wide band is the state of the art today, and that’s what we should be looking at at the MTA, but the bureaucracy has no incentive to innovate and without innovation there is no real progress.”

The governor as recently as January 4th had called CBTC the “the best accepted industry standard,” and while he said, as Byford has, that Ultra Wide band should be looked into, the governor said CBTC is “the most appropriate approach at this time." 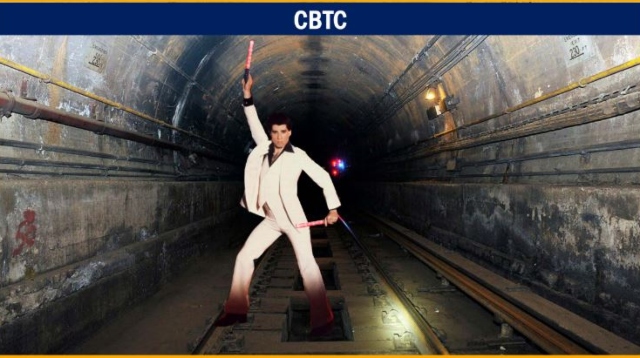 On the L train repair plan:

“Who replicates a design from 1924?...That’s not the way a real organization works.”

Since Cuomo shredded the MTA’s L train shutdown plans in favor of the suggestions his panel of experts came up with, there’s been no update on when the work will begin, how much it will cost, or even if the MTA board will get to vote on the new plan. In January the MTA said it was in the process of hiring a third party to review the plans, but there’s been no update on that either.

“You can’t have a voluntary payment system.”

The MTA estimates it lost $215 million in 2018 from fare evasion on buses and subways (out of an operating budget of $16.6 billion). Cuomo said on Thursday he understands why the Manhattan District Attorney Cy Vance declined to prosecute people over $2.75, but he said the MTA is losing money and the agency needs to stem that loss.

On Mayor Bill de Blasio’s appointee to the MTA board Polly Trottenberg and the role she played in overseeing the L train plans:

(In a sarcastic voice) “Why didn’t somebody say (hits microphone with hand) ‘excuse me is there a different way to do this?’ Wake up. (Back to normal voice) It is the system.”

In response, DOT spokesman Scott Gastel wrote: “Commissioner Trottenberg has never hesitated to ask challenging questions of MTA leadership at Board meetings. I personally don’t recall any gubernatorial appointees to the Board raising questions on the L.”

On the MTA’s choice of cleaning products:

“What product did they pick? Tide. Yes, The same Tide detergent you use at home to wash your clothes. If it’s gotta be clean its gotta be Tide... Why did they choose Tide? Because it smells nice...The problem is the subway stations stink, that’s the problem.” 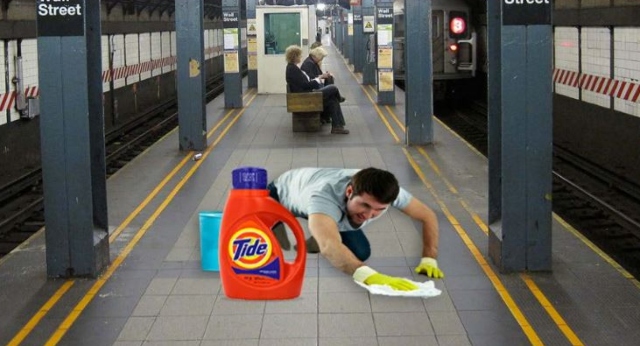 On contractors and engineers or what Cuomo calls “the transportation industrial complex”:

“The same consultants and incestuous relationships offer the same products the same means the same methods.”

"Senate Democrats are prioritizing the need to fix the crumbling MTA with dedicated revenues implemented in a fair manner. We will discuss congestion pricing and other MTA solutions as a conference and move aggressively toward a solution," Senate Majority Communications Director Mike Murphy wrote in a statement.

#andrew cuomo
#congestion pricing
#dad jokes
#l train
#MTA
#subway
#original
Do you know the scoop? Comment below or Send us a Tip