In the wee hours of Friday morning, while most of Gotham laid down to rest, one governor refused to sleep. With just four months left until the start of the L train shutdown, and the fate of a city hanging in the balance, Governor Andrew Cuomo climbed down into the Canarsie Tunnel between Brooklyn and Manhattan to get some answers.

What kind of answers? The walls of a formerly flooded, 100-year-old tunnel tell grim tales.

"The floodwaters came in, the salt came in, the salt stayed," Cuomo told reporters at a 1 a.m. press conference afterward, describing the damage that Hurricane Sandy had wrought. "And salt and electrical equipment is a toxic cocktail."

Sure, the MTA has laid out the details of the shutdown, which is supposed to last 15 months. But the MTA is not the governor. The governor doesn't even control the MTA!

So there he was, in the tunnel with the best minds on the globe—the deans of the engineering schools at Columbia and Cornell, two private sector engineering heavies—trying to find out if this L train shutdown is really what it's cracked up to be. 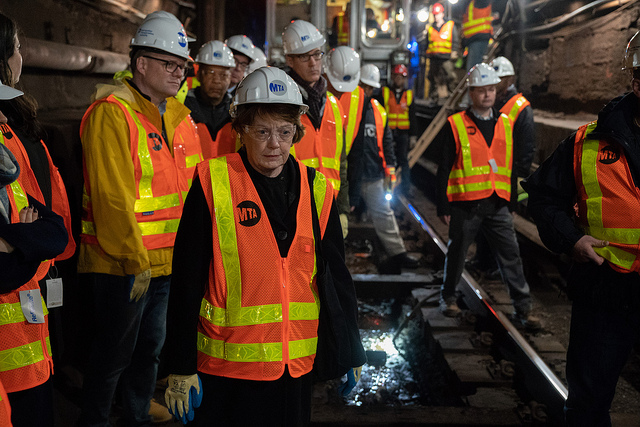 Mary C. Boyce, Dean of The Fu Foundation School of Engineering and Applied Science and Morris A. and Alma Schapiro Professor, Columbia Engineering, one of the governor's hand-picked experts (Governor's Office)

"They had very interesting feedback, they’ve asked many interesting questions, they’re gonna need more information before they can come up with a definitive conclusion," Cuomo said, before walking through the four possible scenarios resulting from his visit.

The governor said we'll know the recommendations of his hand-picked experts in just a few weeks.

One reporter asked why Cuomo was just deciding to tour the tunnel now, especially if these recommendations may end up completely changing the project.

Governor Cuomo is a New Yorker. 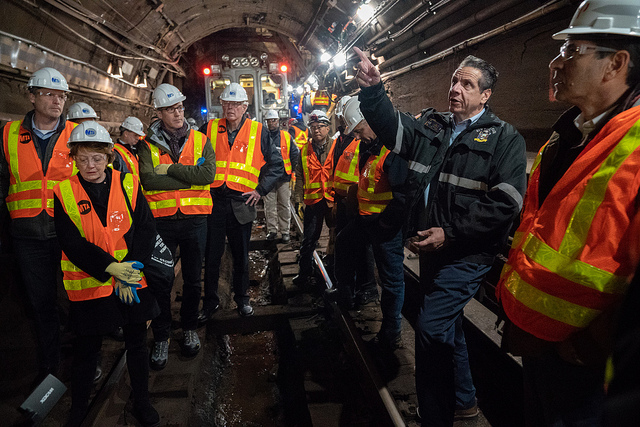 By the end of the 11-minute press conference, there was no discussion of the DOT and MTA's current plans to re-route hundreds of thousands of interborough commuters above ground, but there will be time for that.

For now, we wait, and rest easy. The Governor is awake.

#andrew cuomo
#l train shutdown
#MTA
#subway
#we the commuters
#original
Do you know the scoop? Comment below or Send us a Tip