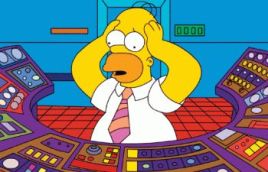 Here are some of the reasons Cuomo and Governor Spitzer gave (more here - the petition submitted to the NRC was 313 pages):

- Proximity to the most densely populated area in the United States: Approximately 20 million people – about 6 percent of the nation’s population – live or work within fifty miles of Indian Point.
- Susceptibility to a terrorist attack and other security risks: The 9/11 Commission reported that al-Qaeda terrorists had specifically contemplated attacking nuclear power plants with aircraft, and two of the planes hijacked on September 11, 2001 flew near or over Indian Point. The NRC refuses to require Entergy to safeguard Indian Point against terrorist attacks from the air.
- Lack of acceptable emergency warning system or evacuation plan: 2006 marked the fourth straight year that Westchester, Rockland, and Orange Counties refused to certify county-based evacuation plans prepared by Entergy, in large part because safe evacuation of the area has been found to be highly unlikely, if not impossible.

The plant, previously owned by NY State, is now owned by Entergy Nuclear. An Entergy spokesman said that hundreds of millions have been put into upgrading the plant, "The plant equipment can perform according to its design,” Mr. Steets said. “That is what we have to demonstrate to the N.R.C.”

The Close Indian Point website points to incidents of unplanned outages in 2003 and radioactive water leaking in 2005. Riverkeeper has more information about efforts to stop the power plant's license renewal.