Cuomo Beat Nixon, So Are The Subways Screwed Forever?

One year ago, only a few months after his $836 million Subway Action Plan was put into effect, Governor Andrew Cuomo assured New Yorkers that “if you were looking very carefully, you would see improvement already” in the subway system. Paradoxically, he added that because the MTA laid out a one-year time frame for the Subway Action Plan to take effect, we should “give them that period of time” to see improvements. Well, it’s been a year, and the subways are still infuriating.

According to a Riders Alliance analysis revealed on Sunday, there was only one morning rush hour during the month of August that did not experience delays due to signal problems. Today’s Monday morning rush hour was miserable, thanks to delays or service changes on eleven lines.

But on Friday, Cuomo acted as if his 30-point primary victory over Cynthia Nixon washed all his MTA failures away. He repeated the legal footnote that the city owns the subway as if it is a significant fact even though it has no actual effect on the subway’s operation or governance. In addition, Cuomo again demanded the city pay for half of the upcoming capital plan, the financial blueprint which will likely determine if and when the subway gets fixed.

It’s a redux of his demand that the city pay for half of the Subway Action Plan, a political feud that became a source of childish, unproductive jabs largely mediated between the mayor’s and governor’s spokespeople. In the end, the city did indeed pay for half, a fact that matters to almost nobody except Andrew Cuomo.

“It is distressing to me that Andrew Cuomo did not pay a higher price at the polls for his failure to fix the subway system or even pretend to care about it,” lamented City Councilman Brad Lander. “I’d be lying if I didn’t say I had a hope voters would find a way to raise their anger about subway failures.”

Lander, who represents parts of Park Slope and Clinton Hill, has been one of the most vocal politicians on the MTA’s failures, which is why he backed Cynthia Nixon in the gubernatorial primary. Nixon made the subway crisis the focal point of her campaign, vowing to “tax the rich and fix the subway.” She got trounced. Not only did Nixon lose by a significant margin during Thursday’s primary, but she didn’t carry a single county south of Albany or any of the five boroughs.

Asked about the concern Lander has, that perhaps Cuomo could interpret this resounding victory as a validation of his handling of the MTA, Nick Sifuentes, executive director of the Tri-State Transportation campaign, sounded baffled.

“I don’t think any logical person could walk away from this and say, 'Oh good, I guess everybody likes the job I’m doing on the subways.’ That would be a rather alarming misreading of the results.” 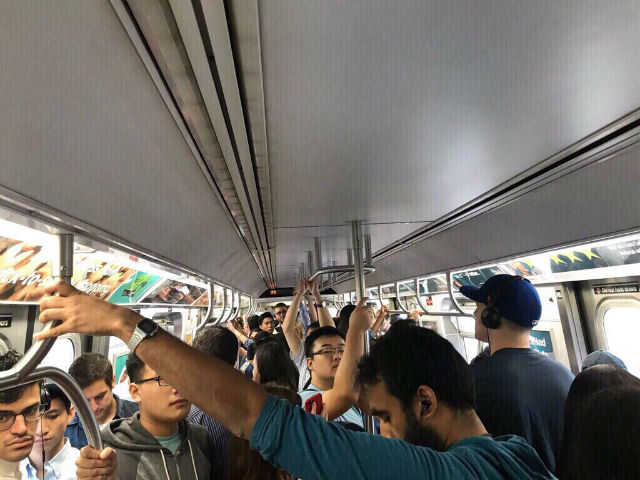 All of Cuomo’s political bickering obscures the overwhelming consensus of what needs to be done to fix the subway. In January, the MTA hired Andy Byford, an international transportation expert with an impeccable resume, to run New York City Transit. Byford has received rave reviews from all corners and in May released a plan, called Fast Forward, to fix the subways, buses and paratransit. This plan, too, was universally applauded. The biggest improvement to the subway will involve upgrading most of the system to modern signaling. Byford estimates it will cost $40 billion. The only debate, then, is how to pay for it.

Fortunately, there is an idea floating around that can come up with a good chunk of the money, an idea Cuomo actually can claim some credit for. Last year, he almost single-handedly revived the idea of congestion pricing and convened a panel called FixNYC to come up with a plan to implement it. The FixNYC plan would yield between $1 billion and $1.5 billion annually, depending on to what degree its implemented, which would be invested directly into the transit system. But the proposal never made it out of the assembly or into Cuomo’s budget. Instead, Albany passed only a $2.75 surcharge on for-hire vehicle trips in Manhattan, a bastardization of a small part of the overall FixNYC proposal.

Despite Nixon’s loss, Lander and many transit activists are still mildly optimistic about the subway’s future. They know what needs to be done and there are more lawmakers heading to Albany who know it, too. Their optimism stems from the progressive challengers unseating IDC members and the large turnout statewide. This increases the likelihood of flipping the state senate in November, a step many believe is necessary to get those plans out of the legislature.

Danny Pearlstein of Riders Alliance was enthused by IDC challengers emerging victorious, emphasizing the importance that the candidates ran on a platform of “understanding of riders' plight, the fact that they're regular people who realized how unreliable the subway is because they need it to get around.” One of those primary winners, Jessica Ramos, doesn’t have a driver's license and had to think after her victory how she would get around Albany.

To transit activists, having this fresh blood in Albany motivated to find funding for the Byford Plan is more important for fixing the subway than unseating Cuomo. After all, both Nixon and Cuomo broadly supported the same transit policies of funding the Fast Forward Plan and implementing congestion pricing.

Sifuentes noted that even if Nixon had won, she still would have had to get the senate and assembly to support her platform. One can doubt Cuomo’s desire to pass congestion pricing or fund the Byford Plan, just as one could have doubted Nixon’s political wherewithal to rally the legislature to pass those same measures. “If I learned anything from doing this last year,” Sifuentes cautioned about the congestion pricing plan, “it matters just as much that we have a legislature that wants to get this done as having a governor who wants to get this done.”

In the transit world, the main criticism of Cuomo during the last legislative session is that he wasn’t willing to expend political capital to enact congestion pricing, instead fighting with de Blasio and the city about who owns the subway and who would pay for his Subway Action Plan, two relatively unimportant or irrelevant details that don’t address the subways’ needs.

“There’s a real difference between endorsing the Byford Plan and communicating that you will put real political muscle into winning the resources to implement it,” Lander noted, which understates the degree to which Cuomo dragged his feet on supporting Byford’s plan to begin with. This is one of the reasons Lander endorsed Nixon, but, he added, “If we [Nixon] had gotten 44 percent of the vote but did not beat the IDC incumbents, I think that’s probably worse.”

The goal, then, is not necessarily that Cuomo becomes more motivated to enact congestion pricing and fund the Byford Plan, or that he becomes a different person and ceases his nonsense about the city owning the subway (although that would be nice), but that a more progressive legislature makes those measures politically expedient for him by offering less resistance or even pushing it themselves.

Regardless, Sifuentes is looking towards January when the governor—presumably a re-elected Cuomo, although Republican candidate Marc Molinaro does have an MTA reform platform that, to no one’s surprise, also includes congestion pricing and supporting the Fast Forward Plan—releases his budget proposal.

To be sure, there was no complete plan last budget season. Although FixNYC had put together a blueprint for congestion pricing, Byford’s plan had not yet been released; many were concerned the money raised would continue to be wasted by the MTA without a clear path forward.

We now have that clear path forward, and, just to be certain, the last budget included an item for an MTA Sustainability Advisory Working Group, which is tasked with putting together a comprehensive, singular recommendation for the legislature this budget season. While there is already broad consensus on how to fix the subway, the working group will, presumably, put a neat little bow on it.

In the end, Sifuentes is far less concerned with what Cuomo says than what Cuomo does. “If this guy wants to tell himself and try and tell the rest of us that the city owns the subways but he does congestion pricing anyways, fine.”

Aaron Gordon is a New York City transportation reporter and writer of Signal Problems, a weekly newsletter on the subway.