Investigators believe a dispute between gangs led to the gunfire that critically wounded Carey Gabay, a lawyer in NY Governor Andrew Cuomo's administration. Gabay was shot in the head while walking in Crown Heights early Monday morning with his brother during the J'Ouvert festivities. No one else was injured, which an NYPD spokesman called "nothing short of miraculous." 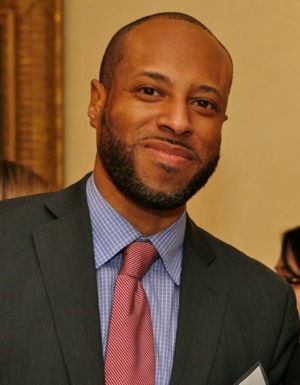 Gabay, 43, was appointed as the first deputy general counsel at Empire State Development earlier this year and had formerly been an assistant counsel to the governor. He attended Harvard University, where he was president of the undergraduate student government, and Harvard Law. The Daily News now reports that he's "clinging to life," and a family source told the Post that Gabay had "gone through a very difficult surgery," but "everyone is remaining positive and prayerful." The Post adds, "A source close to the family said Gabay was not breathing on his own" and the Wall Street Journal reports that he has "no brain activity."

The police do not believe he was the intended target. According to the NY Times:

The circumstances of Mr. Gabay’s shooting were still under investigation. He was shot around 3:40 a.m., near the corner of Bedford Avenue and Sullivan Place, about two blocks from the east side of Prospect Park. Stephen Davis, the chief spokesman for the New York Police Department, said nearly 30 shots were fired from as many as three guns.

“There was some indication that there were words being exchanged right before the gunfire started and the next thing you know, gunfire broke out on one side of Bedford and the other side of Bedford,” Mr. Davis said, adding that more shots possibly came from a terrace overlooking the street.

“The fact that no one else was hit is nothing short of miraculous,” he said.

The News reports, "Cops found a MAC-10 machine pistol they believe was fired into the crowd but are doing more testing. They also found nearly 30 shell casings in two areas, bolstering the belief Gabay was caught in a gunfight between two rivals."

Police believe that Gabay tried to avoid the gunfire by ducking between two cars. Gabay's brother Aaron McNaughton said, "It was just totally random. Some guy walked up and was spraying bullets everywhere. I can’t believe it... He was a good guy. He just didn’t deserve this. If you asked for the shirt off his back, he’d also give you the shoes off his feet." 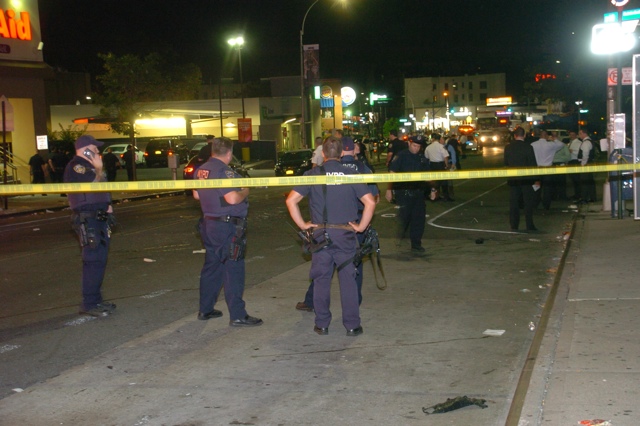 Speaking to reporters after visiting Gabay's family in the hospital, Cuomo was emotional, saying, "So unnecessary, really so unnecessary... And I was just with the family, and the tears and the frustration. And I'm governor of the state of New York, and there's nothing I can say. And there's nothing I can do. And sometimes it just hurts." The governor called Gabay the "American Dream... he grew up in public housing in the Bronx, went to Harvard, he could have been at any law firm he wanted to, making multiples of what we paid him. He worked for the state because he wanted to give back."

Cuomo added, “Anybody who doesn’t believe we need to do something about gun control is delusional—we can protect the second amendment and legitimate gun owners, but we also need to protect people. How many young innocent people have to die before this nation comes to its senses? And this is a terrible, terrible, painful loss and all unnecessary."

#carey gabay
#governor cuomo
#gun violence
#jouvert
Do you know the scoop? Comment below or Send us a Tip