Baruch College's afternoon classes (after 3 p.m.) are cancelled because the City University Board of Trustees is voting on tuitions hikes—$300/year for five years—and CUNY officials are concerned about another clash between protesting students and campus police. Still, students are taking the time to rally at 4 p.m., to criticize last week's chaotic confrontation as well as the hikes, "They make tuition increases over the summer knowing many students are not on campus, they continue to increase tuition, while cutting, resources (closing libraries, writing centers, etc), they have public meetings where students and faculty are denied admittance, then are beaten for attempting to peacefully assemble and have a voice."

Barricades outside Baruch's East 25th Street building were set up hours earlier. City College junior Rocio Rayo, who is an organizer with Students United For a Free CUNY, told Running Scared that she expects hundreds to attend, "Today is going to be a big deal.. Even if the numbers of students dwindle, since some students are expressing concern over police brutality, we're expecting a huge turnout from our community and labor allies."

Governor Cuomo signed the tuition increase in August, with his office explaining, "For the past 20 years, the average annual SUNY tuition increase has been 6.7 percent, well above the five-year, $300 increases included in this legislation. During that time, there were periods without tuition increases followed by sudden and dramatic tuition spikes of up to 40 percent. Such spikes and uncertainty in tuition is detrimental to students, families, and the university system. The NYSUNY 2020 legislation prevents these types of unpredictable tuition hikes from reoccurring." CUNY's website also features information about why the school is a compelling value, offering costs for other private and public institutions. 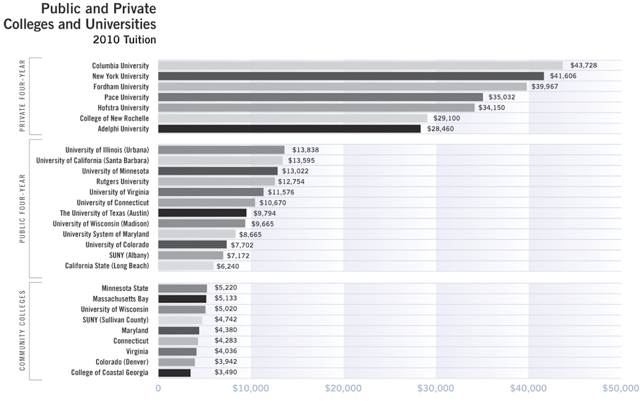 Still, the state's tuition hike would still translate to being 31% higher than before the five-year hike, at $6,330/year versus $4,830 last year.