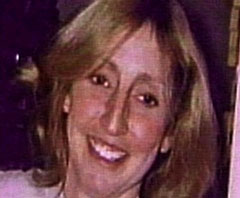 The Norwegian Cruise line issued a statement about the New Jersey woman who went missing from the Norwegian Dawn ship on Sunday night: "Initial reports indicate that the 46-year-old woman was attempting to climb from one exterior balcony on deck nine to the adjoining balcony (on deck nine) and subsequently fell overboard. NCL is cooperating fully with authorities who are investigating the cause of the incident."

The ship had left NYC and was headed to Bermuda (it's expected to arrive there today). The woman, Mindy Jordan, a nurse, had been with her boyfriend Jorge Caputo. Caputo called Jordan's mother, saying she fell over a railing and that he tried to save her. But mother Louise Horton told WCBS 2 that her daughter was in an abusive relationship and detailed the call she got:

"He said, 'We were just clowning around and she was messing around and she accidentally fell,'" she said. "I said, 'Are you trying to tell me she is dead?' He said yes. I said, 'And where are you?' He said, 'The Coast Guard released the ship and I'm on my way to Bermuda.'"

Jordan's father added the story about her climbing between balconies was ridiculous, "That would be totally out of character. She was 4-foot-10, weighed about 98 pounds. She wouldn't go near a rail, this fellow beat her a couple of times."

The family says it was told the authorities would not resume its investigation until the ship comes back to New York.