In addition to the two people who died after attending this year's Electric Zoo festival on Randall's Island, 19 people were "stricken," including an unidentified 28-year-old woman who is on life support at Lincoln Medical Center, police sources tell the Post. Neither a hospital spokesperson nor the NYC Health Department would confirm this, but the tabloid's source says the woman sustained serious kidney failure while at Electric Zoo.

According to the National Institute on Drug Abuse, kidney failure is one possible side effect of MDMA use, but any number of toxic substances can damage the kidneys, including alcohol. So far, the city’s medical examiner’s office has not determined what caused the deaths of Electric Zoo attendees Jeffrey Russ, a 23-year-old Syracuse University grad, and Olivia Rotondo, a 20-year-old student at the University of New Hampshire. Toxicology reports won’t come back for at least a week. But before her death on Saturday, Rotondo said she took six hits of Molly (slang for MDMA), and investigators are trying to determine if a "bad batch" of MDMA or ecstasy caused the deaths and illnesses. 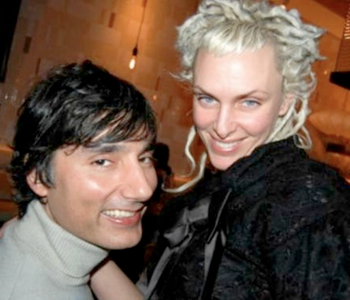 that Electric Zoo's founder, Mike Bindra, was formerly the manager of Twilo, a legendary dance club that was shut down by the city in 2001 after a series of drug overdoses and allegations that the club tried to hush-up incidents involving sickened patrons. A spokesman for Bindra insists he had nothing to do with security at the club.

Asked about Electric Zoo yesterday, Bloomberg defended the event's organizers, praising them as "nothing but cooperative," and pinned the blame on "people doing drugs that shouldn’t be doing drugs, and you see the fatal consequences. And when people want to go down that slippery slope and say oh it’s just fun, it isn’t just fun. There are two families that are not going to have their children come home."

But Bloomberg also said the city was considering whether the organizers would be permitted to host future events, and a number of parks advocates seized upon the tragedy to call for an end to Electric Zoo on Roosevelt Island. The Electronic Dance Music [EDM] festival is now in its fifth year, and draws 100,000 attendees.

East Harlem Councilwoman Melissa Mark-Viverito, chairwoman of the Council's parks committee, told DNAinfo, "The tragedy at the Electric Zoo event on Randall's Island again underscores why we need to look more critically at these private events happening in our parks. Randall's Island is routinely taken over by these private events where the benefit to the city and to the public is often unclear, and oversight is limited."

And Marina Ortiz, founder of East Harlem Preservation, added, "The deaths show it's an uncontrollable situation that doesn't belong in this community."

Meanwhile, one of the Post's "law enforcement sources" blasted Electric Zoo for setting up medical tents on the festival grounds to treat attendees. "It was just another way to keep the cops from finding out" what was going on, the source told the tabloid. “[The organizers] had tents set up all over. It was like a MASH unit. This is the same thing that was done in the clubs in the ’90s in the city." The police source believes Electric Zoo organizers hired its own doctors and ambulances to avoid calling 911 and getting the NYPD involved.

In response, Electric Zoo spokesman Stefan Friedman sent us this statement: "For anonymous sources to suggest we have doctors and ambulances on site for anything but to treat people in as efficient a way as possible is obscene. We are devastated by the tragedies of last weekend and are working hand in hand with the NYPD and all other city agencies — as we have for the past five years — to get to the bottom of what occurred."

Indeed, most major concert festivals have medical tents, and you'll also find private ambulances idling at high school sporting events. And there's only so much concert promoters and nightclub owners can do to keep drugs out—it goes without saying that people really like getting high and dancing, and that's never going to change.

What could change, however, is increased scrutiny at the gates, with more invasive bag searches and extreme pat-downs. Bloomberg told reporters yesterday that officials will now scrutinize security procedures at ALL concerts, promising that "the city will have to take a look at every concert to see if the concert can be run safely."

#drugs
#edm
#electric zoo
#electric zoo festival
#mdma
#Molly
Do you know the scoop? Comment below or Send us a Tip