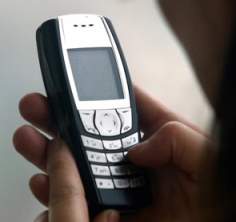 The state law banning hand-held cell phone use while driving doesn’t extend to text messaging, something Councilman David Weprin, father of 16-year-old twin girls, would like to change fast. Motivated by last summer’s fatal accident in the Finger Lakes region, in which five girls in a sport utility vehicle died when the text-messaging teenage driver swerved into oncoming traffic, Weprin will introduce a measure today that would ban the sending or reading of text messages while driving within city limits, the Times reports. Alaska, Minnesota, New Jersey and Washington are the only states that currently ban text-messaging while driving.

“I suppose it’s just a matter of time before they try to ban smoking while driving,” scoffs Joseph Bast of the Heartland Institute. A similar bill pending in the state legislature would make Weprin’s proposal redundant, but he’s running for city comptroller and tells the Times he wants to call attention to a new service that encourages handicapped-accessible taxicab drivers to send a text message to the dispatcher when they’re available. (Passengers can now call 311 to request these cabs.)

Weprin says these text-messaging cabbies are “creating a very dangerous situation.” But taxi commissioner Matthew Daus insists that drivers "are required to pull over when using their texting devices." Right. Anyway, a recent survey found that New Yorkers lead the country in cell phone use while driving, with 70% of city drivers admitting they do it. And even disgraced former governor Elliot Spitzer copped to texting while driving according to court transcripts – though he quickly backpedaled and said, “I may have pulled over.”